The plaque in the rop corner (shown in the final image) reads: “This mural was designed & painted by the creative talents of Derry republicans. … It was vandalised by the destructive talents of the RUC & British Army”. The mural showed six raised arms, carrying (from left to right) a paintbrush, a spanner, coloured pencils, an armalite, a book, and a placard reading “Tiocfaid ár lá” and a full version of Bobby Sands’s quote is on the side wall: “Everyone, republican or otherwise, has his or her own particular part to play. No part is too great or too small. No one is too old or too young to do something.” A number of paint bombs have been thrown at the mural and graffiti added, describing Sands as “slimmer of the year, ha ha” and saying “Fuck the IRA”. Westland Street, Derry. 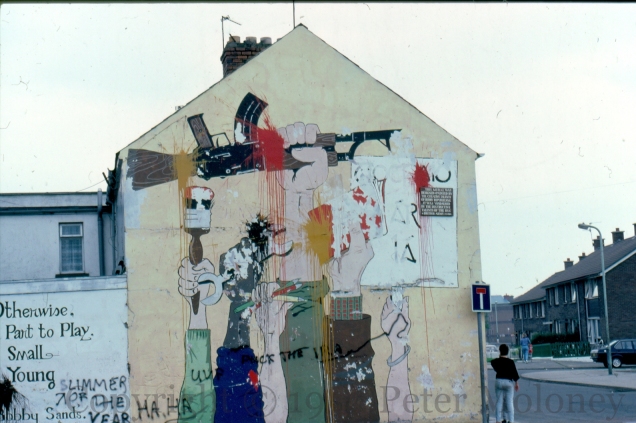 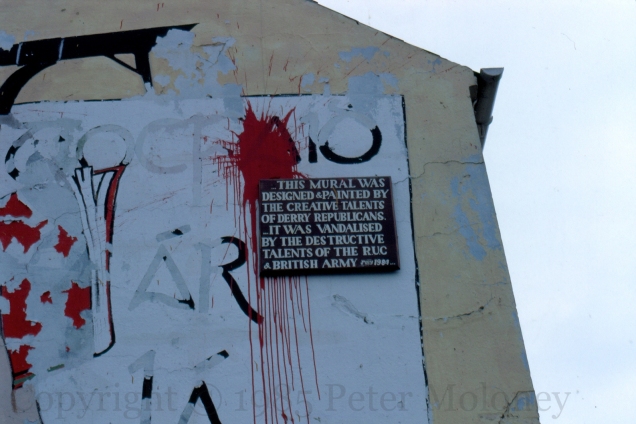 One thought on “The Destructive Talents Of The RUC”