Here are a number of loyalist graffiti from London-/Derry, with slogans such as “UVF”, “UDA”, “UFF”, “Taigs out” and “NF” (National Front) with swastika, as well as “Londonderry Not Derry” (perhaps in response to the various ‘Derry not Londonderry’ pieces in republican areas (see Derry Not Londonderry, It’s Derry Not Londonderry, Do You Live In Londonderry?, Stoop Down Low Party, and Vote SDLP For A Better Londonderry), and “For God and Ulster MYM” (“MYM” = “? Young Militants”?). The fourth image (which is from London Street) shows a contested wall, sporting both loyalist and republican (“Provos rule Derry/Doire”) phrases. There is also “FZTR” – Fountain Zulu Tartan rules. 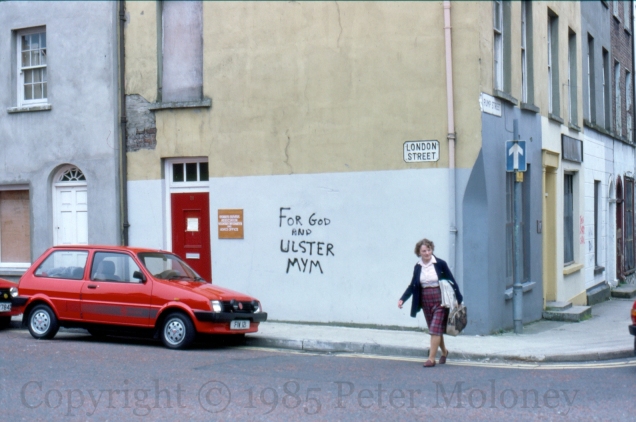 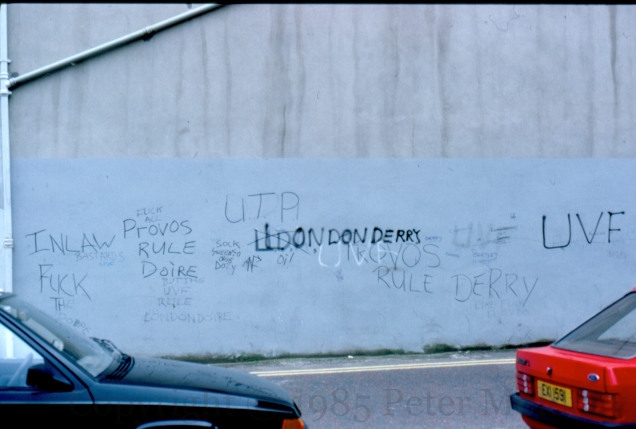 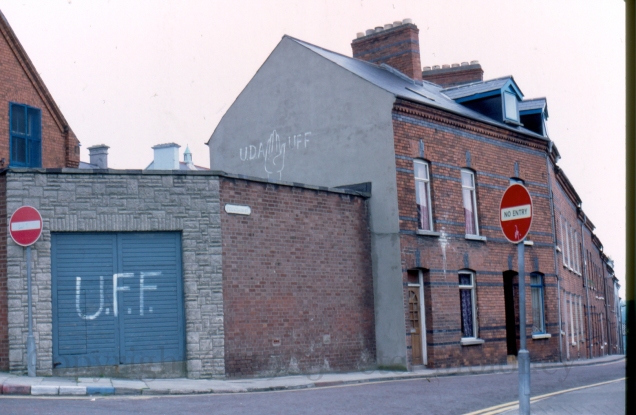 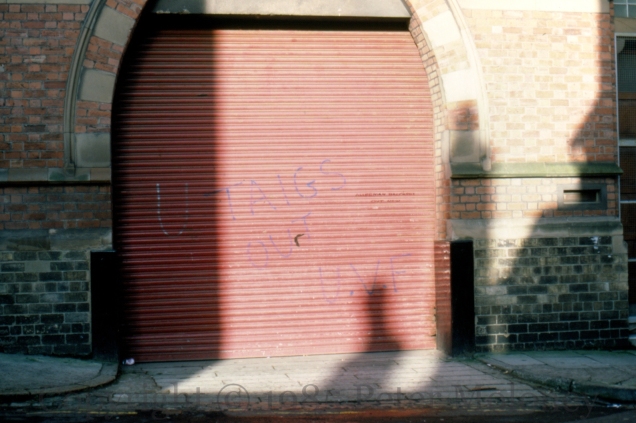