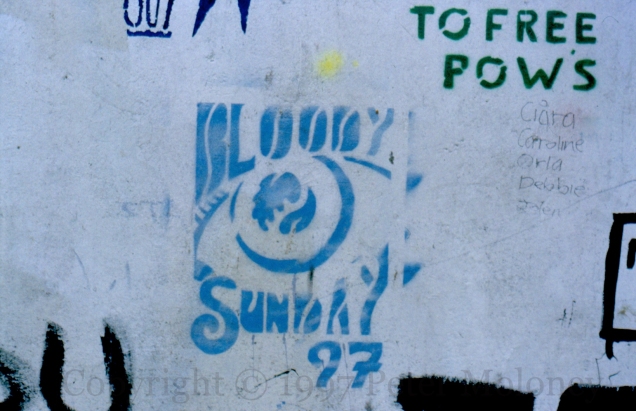 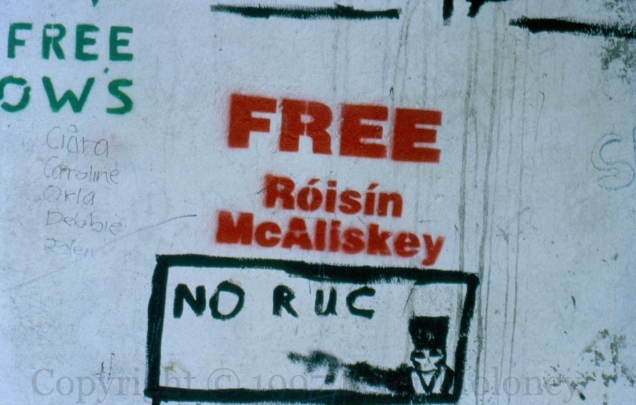 Stencils in Lecky Road, Derry. Above, a giant eye for the 25th anniversary of Bloody Sunday. Below, “Free Róisín McAliskey”. McAliskey (daughter of Bernadette Devlin McAliskey) was arrested in 1996 in connection with an attack on a British Army base in Germany and held until March 1998. The “No RUC” features a skeleton and appears to be hand-drawn.