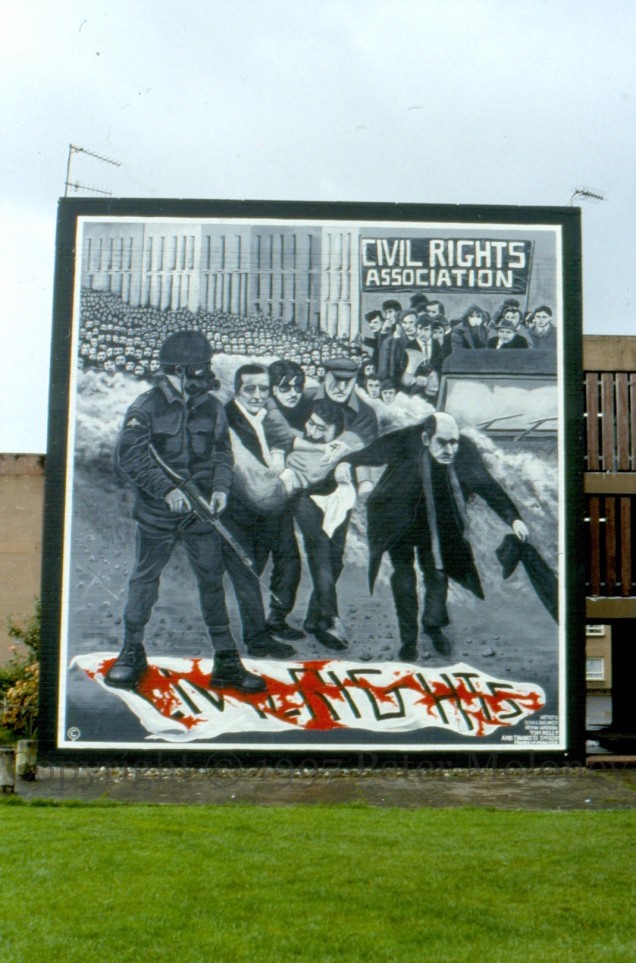 The third mural by the Bogside Artists (after The Petrol Bomber and Bernadette) is “Bloody Sunday” (painted with Sean Loughrey), painted for the 25th anniversary of Bloody Sunday. It reproduces a famous photograph by Fulvio Grimaldi (first photo, below), of local priest Edward Daly waving a blood-stained handkerchief in advance of four men carrying the body of Jackie Duddy. The left-most figure has been changed into a British paratrooper, and he is trampling on a “civil rights” banner similar to one used to cover a body (third photo, below). In the background is an image from earlier in the day, of the civil rights march from Creggan to the Bogside (second photo, below). Lecky Road/Rossville Street, Derry 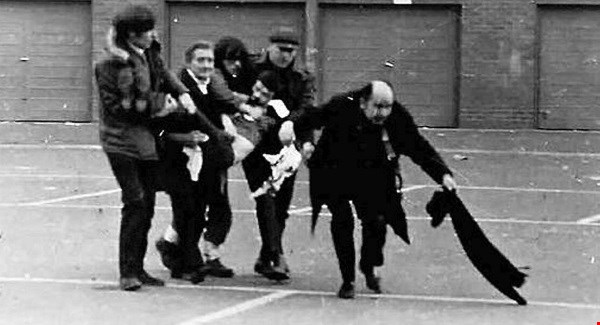 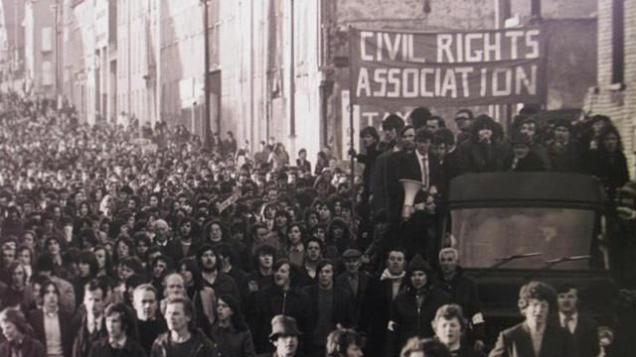 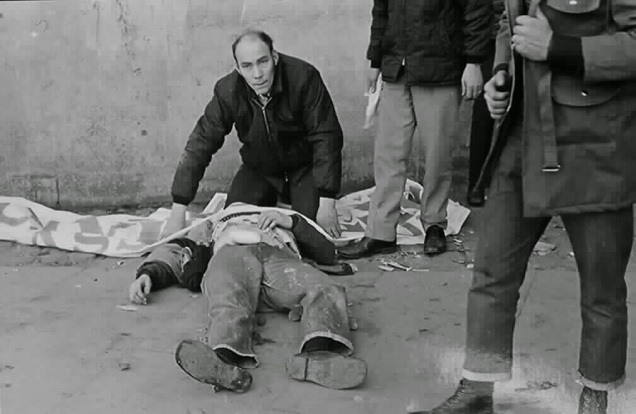