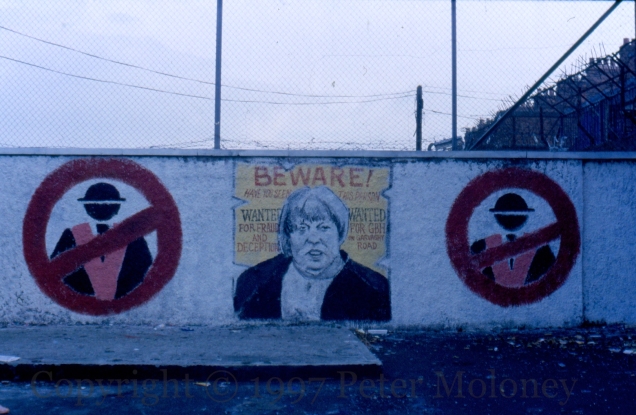 Mo Mowlam became (Labour) Secretary for Northern Ireland in May 1997, and made a contentious decision to allow the march down Garvaghy Road, though the decision was not revealed until several weeks later, just before the proposed date (Independent). The image above shows a mural in the style of a ‘wanted’ poster for Mowlam – “Have you seen this person? Wanted! For fraud and deception, for GBH on Garvaghy Road.”