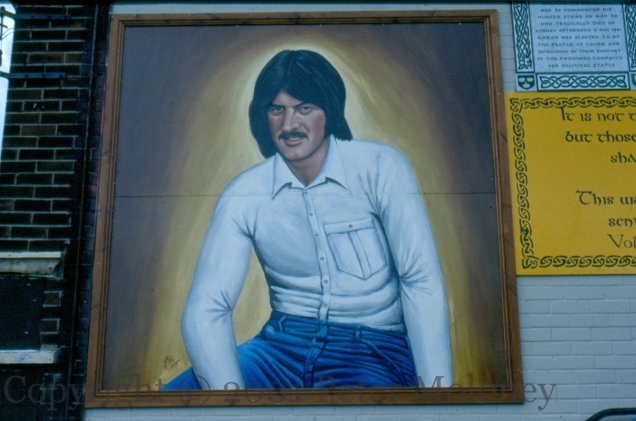 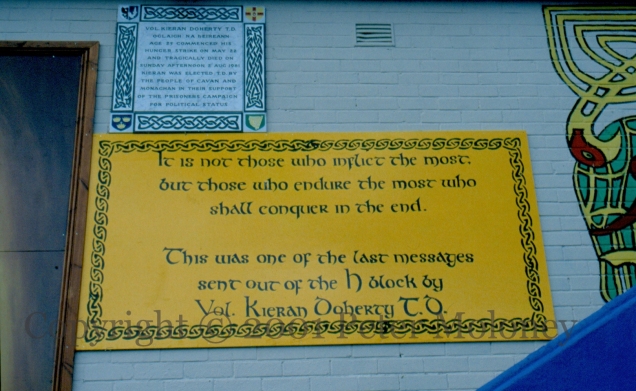 Kieran Doherty was elected TD (Teachta Dála) for Cavan-Monaghan three weeks into his 1981 hunger strike. He held the position for two months, until he died on August 2nd. The portraits, plaques, and mural of marchers are in his home area of Andersonstown. The words “It is not those who inflict the most, but those that can endure who shall conquer in the end” is an echo of Terrance McSwiney, whose hunger strike in 1920 lasted 74 days, one more than Doherty’s.