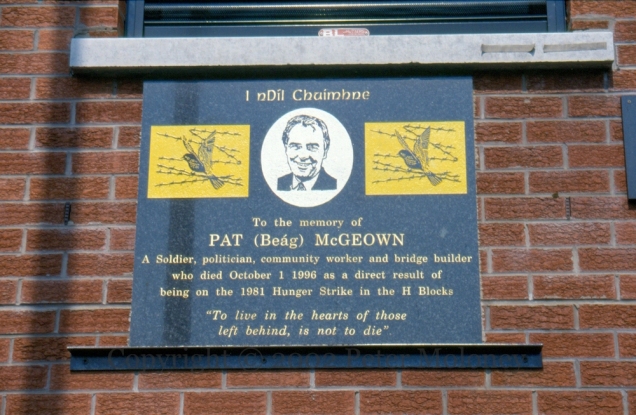 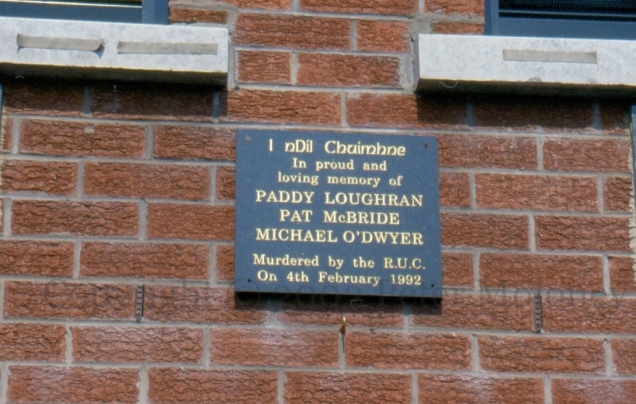 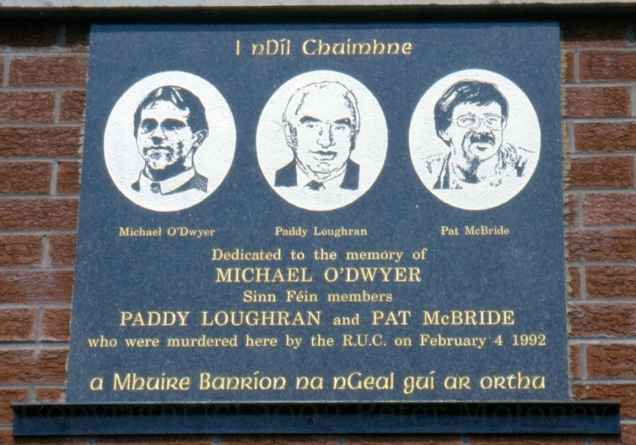 Three plaques above the Sinn Féin office on the Falls Road, Belfast, the first is to 1981 IRA hunger striker Pat “Beag” McKeown, who worked for Sinn Féin and was elected to Belfast City Council until dying in 1993. The other two are to Michael O’Dwyer, Paddy Loughran, and Pat McBride. O’Dwyer had stopped in to the office to register a complaint; Loughran and McBrife were Sinn Féin members. All three were shot in February 1992 by RUC constable Alan Moore, who had been suspended the previous day for driving drunk after firing shots over the grave of a deceased colleague; after killing the SF men he drove to Lough Neagh and took his own life with a shotgun. (NYTimes | Independent | For a somewhat different take, see An Phoblacht)