The republican volunteer is wearing a beret but also in an action pose. Fountain Street, Strabane. 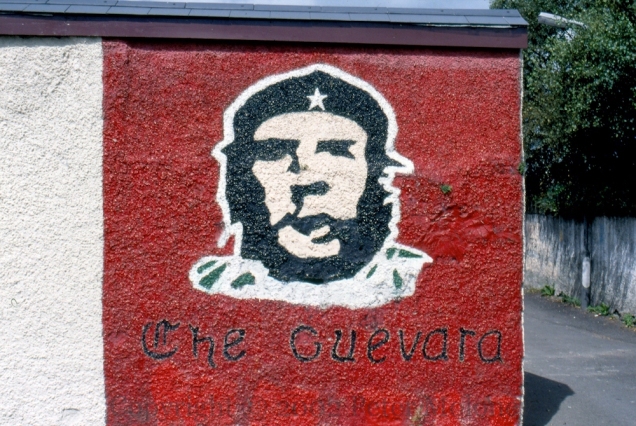 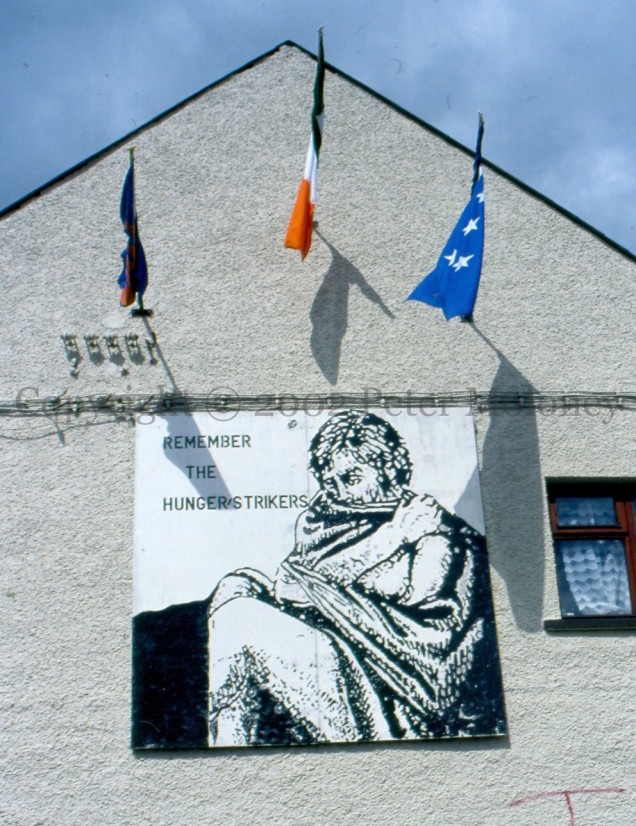 A “refusing prisoner” pulls his blanket around him. Fountain Street, Strabane. 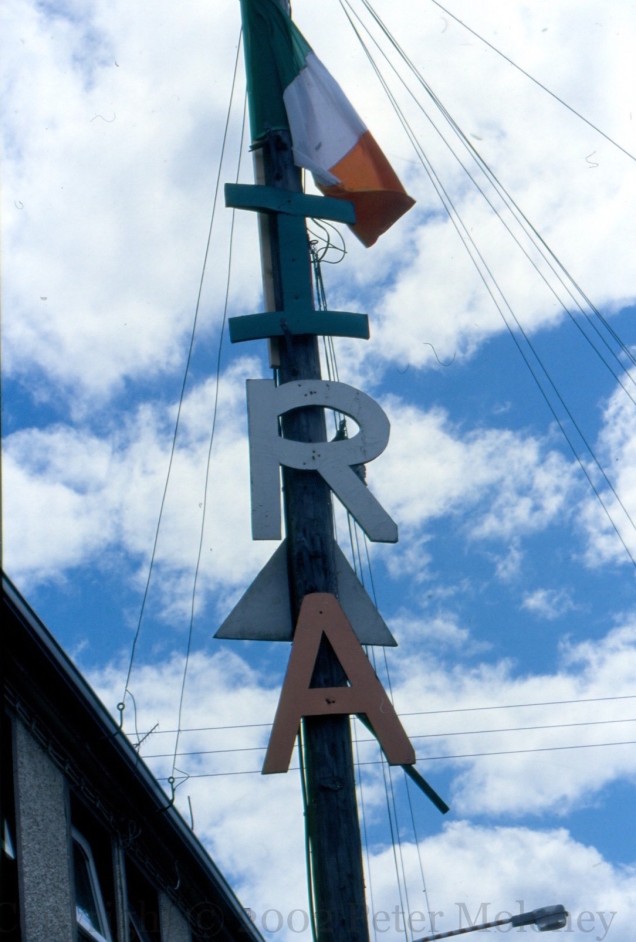 “IRA” and an “RUC must go” road-sign triangle – two nail-ups on either side of an electricity pole in Fountain Street, Strabane. 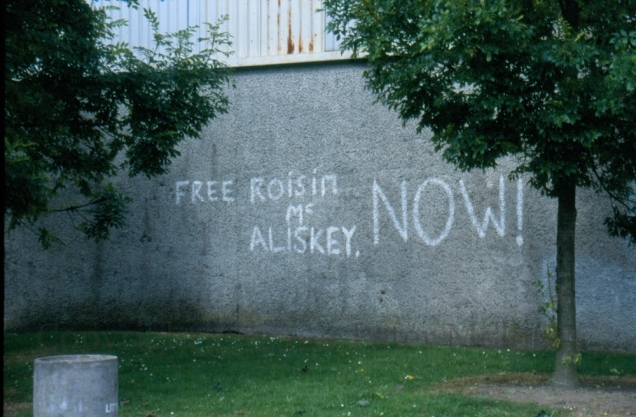 This is old graffiti in Springhill Park, Strabane, concerning Roisín McAliskey, who was arrested in 1996 on a German extradition request. In March 1998, British Home Secretary Jack Straw vetoed the extradition. Other protests at her case: 1997 Belfast | 1997 Derry | 1997 Derry

“David Devine, Michael Devine, Charles Breslin – murdered by SAS cowards.” The three IRA members, aged 16, 22, and 20, were shot by SAS soldiers while returning arms to a dump in a field outside Strabane on February 23rd, 1985. The incident prompted accusations of a ‘shoot-to-kill’ policy, as there was no attempt at arrest. 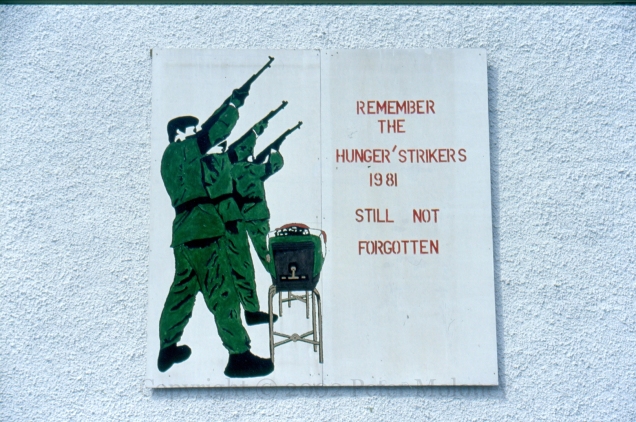 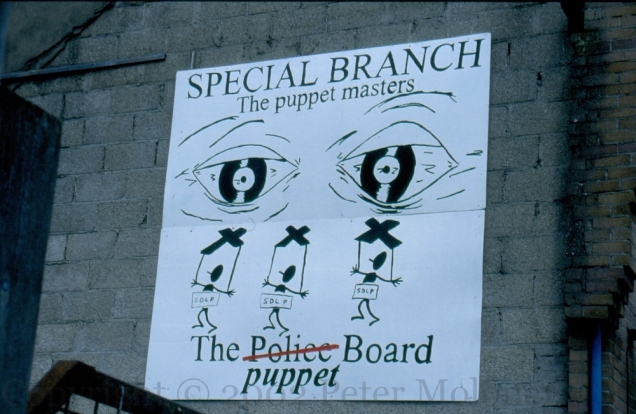 The Northern Ireland Policing Board was founded in 2001 to oversee the PSNI. It was initially constituted with three SDLP members, depicted here as puppets of the Special Branch. Sinn Féin would not take seats on the board until 2007. 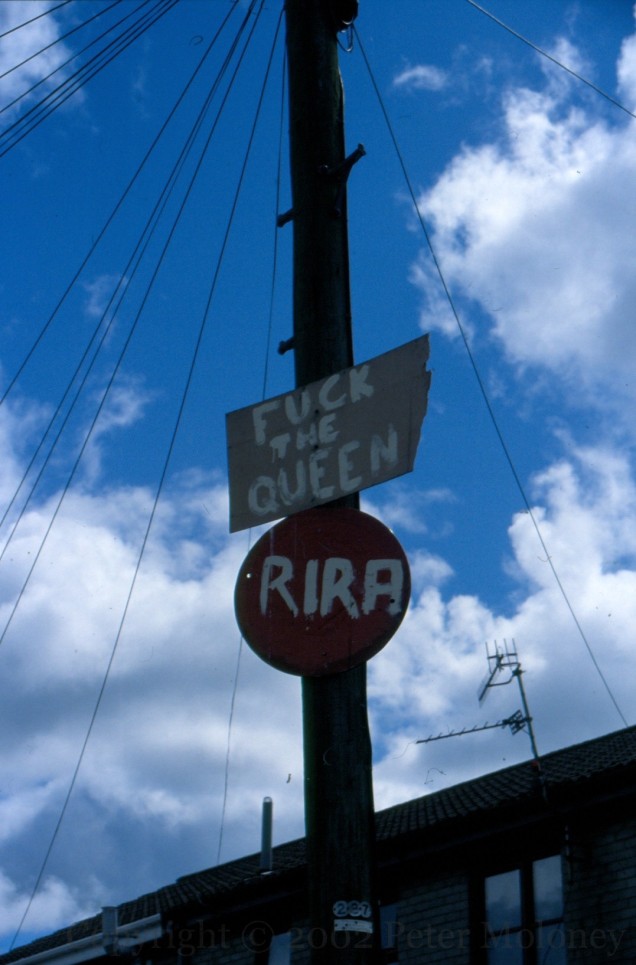 Here are two nail-ups from Ballycolman Avenue, Strabane: “Fuck the queen” and “RIRA” on one pole, and a “sniper at work” road sign on the other. 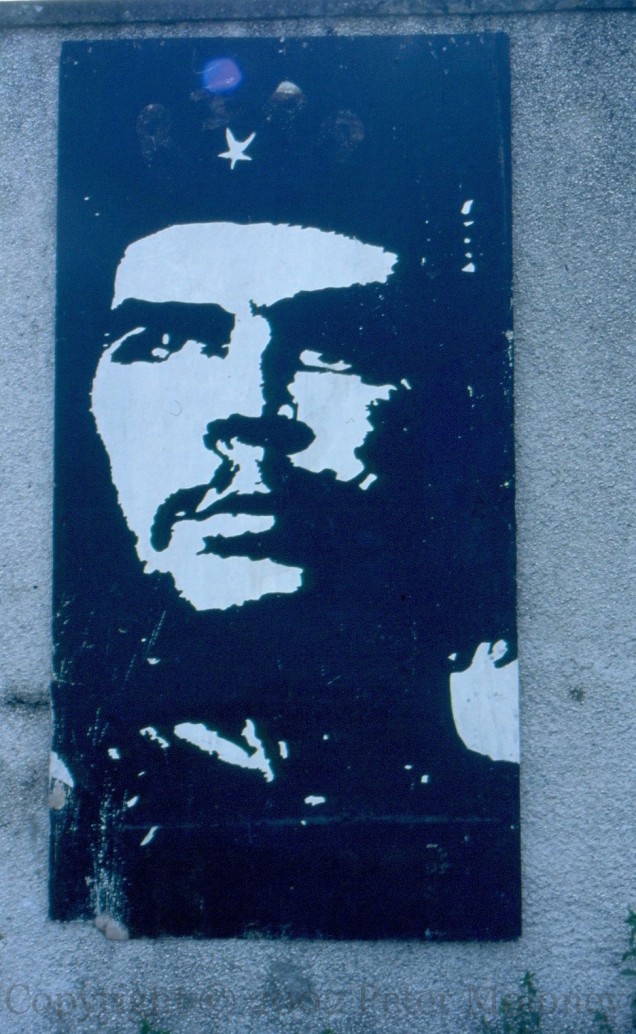