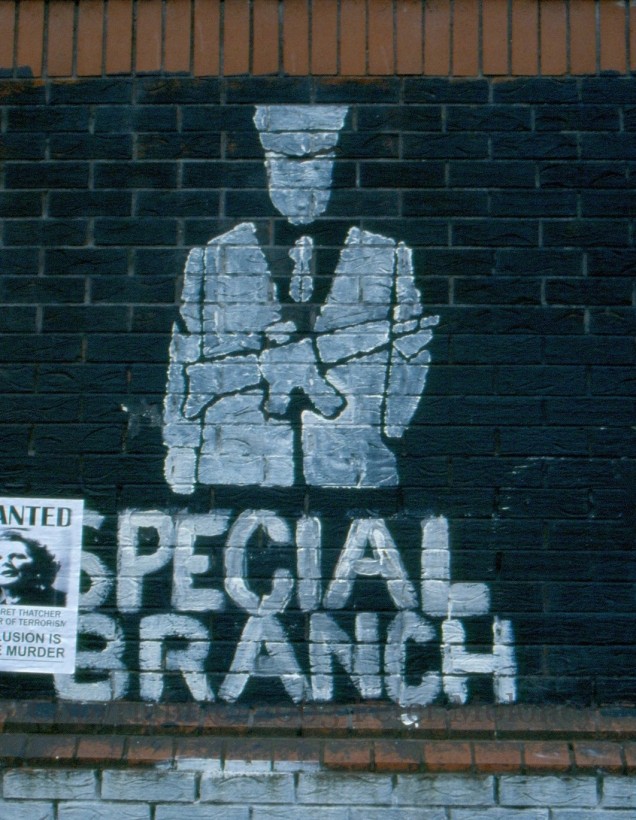 Short Strand is a Catholic enclave of about 1,000 people in Protestant east Belfast. Throughout 2001 and 2002, the interface saw gun battles and rioting between the two factions. Here is a Guardian account of events in 2002. Above is a rejection of the new PSNI “There are many reasons for not joining the PSNI – this is just one” with a series of wanted posters (seen Collusion! Collusion! and Collusion Is State Murder plus one of Patrick Mayhew). Both parts by Ógra Shinn Féin. Divis Street, Belfast.