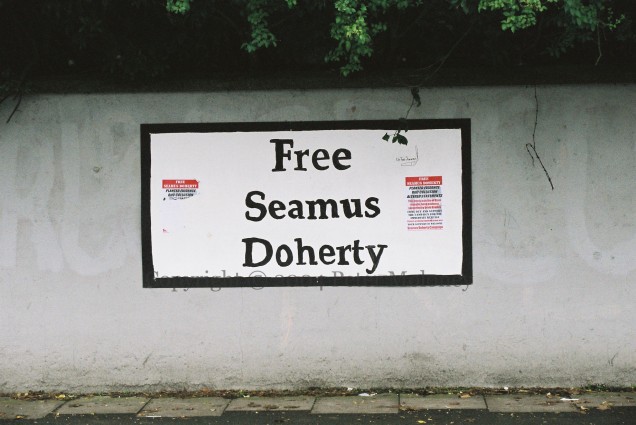 “Planted evidence – RUC collusion – altered statements. This man is a victim of State manufactured evidence supported by Denis Bradley. Come out and support the campaign for his immediate release.” Seamus Doherty was arrested in June 2003 in connection with two booby-trap car bombs outside Newry in September 2002. The case against him collapsed after the police admitted altering statements to protect an informer, along with police possession of Doherty’s DNA from an unrelated incident. He was released in November, 2004. (An Phoblacht | saoirse32 | indymedia) Lecky Road, Derry