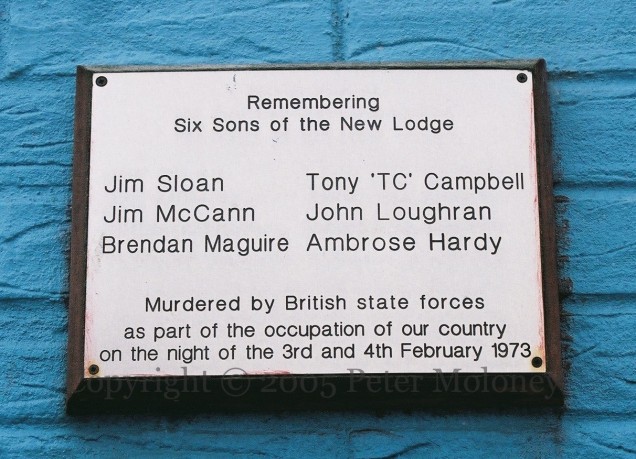 “Remembering six sons of the New Lodge: Jim Sloan, Jim McCann, Brendan Maguire, Tony ‘TC’ Campbell, John Loughran, Ambrose Hardy. Murdered by British state forces as part of the occupation of our country on the night of the 3rd and 4th February 1973”. Two of the Six (James Sloan, James McCann) were killed by the UDA outside a bar and four (Tony Campbell, Ambrose Hardy, Brendan Maguire, John Loughran) among the crowd that gathered by British Army snipers from their positions on top of the flats, using night-vision sights. Previously seen in 2002. Donore Court, Belfast.