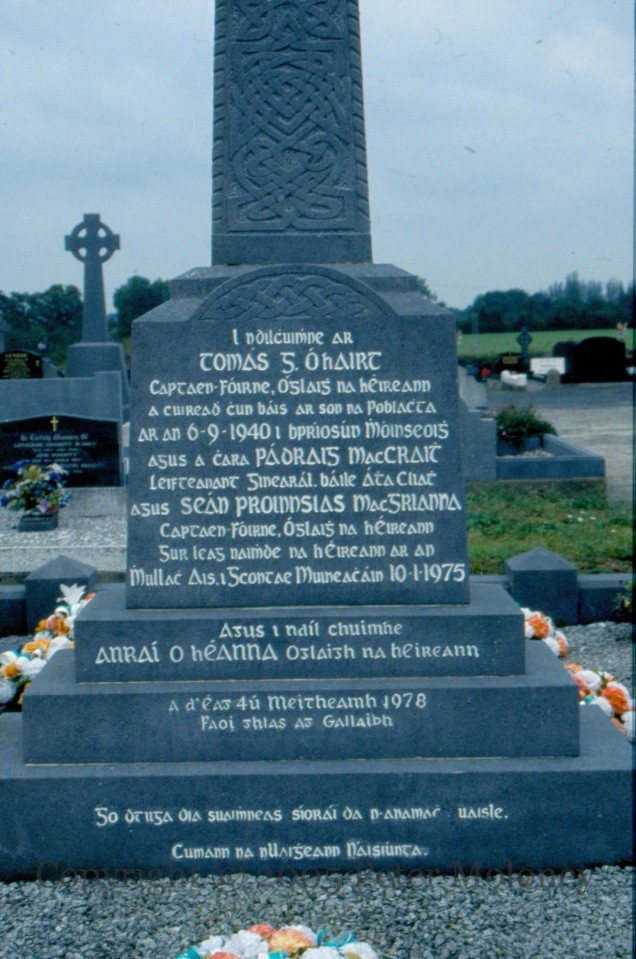 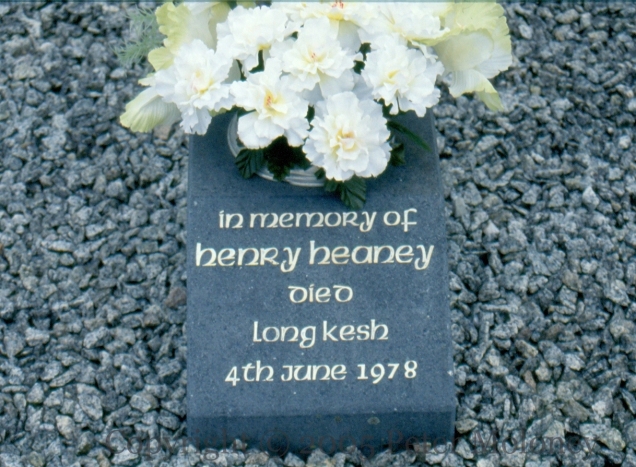 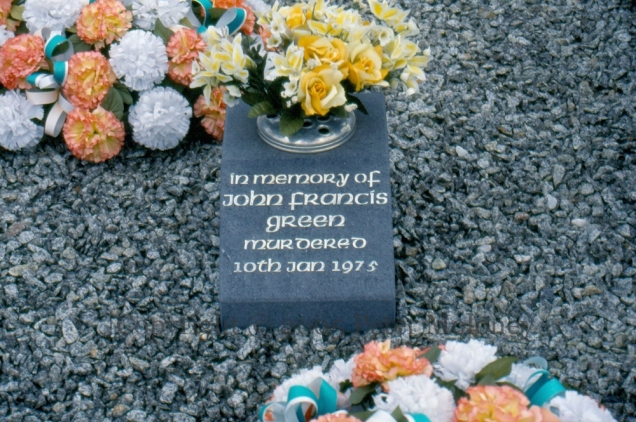 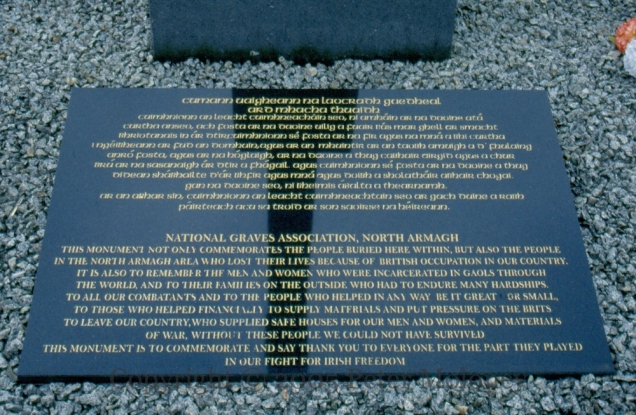 These plaques and headstones are from St Colman’s cemetery in Lurgan (on N. Circular Road). The most notable and the first and last: Thomas Harte and Paddy McGrath (a 1916 Rising participant) who were executed by De Valera in 1940 for the deaths of two (Irish) Special Branch officers who were among a party that stormed their house, though it was never established whose bullets had killed the pair (more at Treason Felony).

The car in which McKerr, Toman, and Burns were travelling was shot 109 times by a specially trained RUC squad (Headquarters Mobile Support Unit – HMSU), under the control of (UK) special branch in an apparent shoot-to-kill operation.