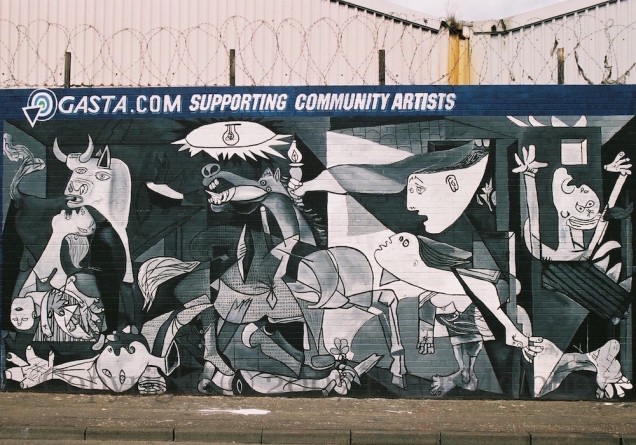 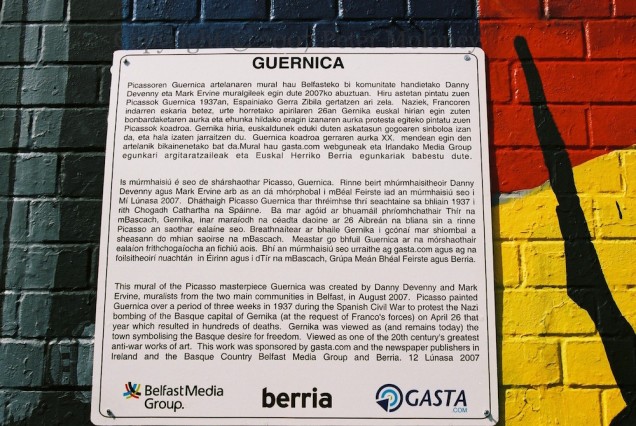 The information board for this reproduction of Guernica is in Basque, Irish, and (lastly) English: “This mural of Picasso masterpiece Guernica was created by Danny Devenny and Mark Ervine, muralists from the two main communities in Belfast, in August 2007. Picasso painted Guernica over a period of three weeks in 1937 during the Spanish Civil War to protest the Nazi bombing of the Basque capital of Gernika (at the request of Franco’s forces) on April 26 that year which resulted in hundreds of deaths. Gernika was viewed as (and remains today) the town symbolising the Basque desire for freedom. Viewed as one of the 20th century’s greatest anti-war works of art. This work was sponsored by gasta.com and the newspaper publishers in Ireland and the Basque Country Belfast Media Group and Berria. 12 Lúnasa 2007.”