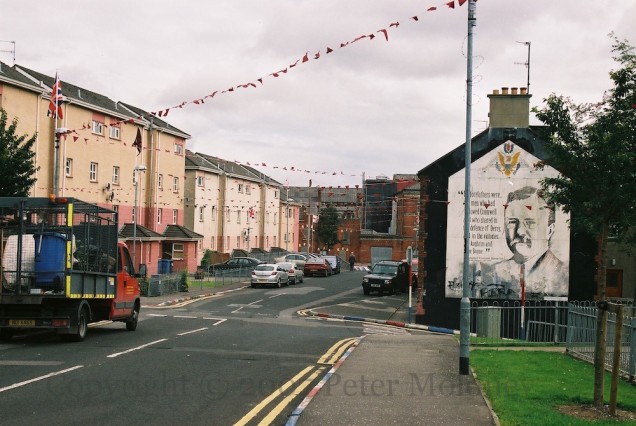 The Fountain area of Londonderry is decked out for Eleventh Night, when the bonfire (including Irish Tricolours) will be set alight.

A Union Flag and Ulster Banner fly from a crane in Pump Street, in Londonderry city centre. 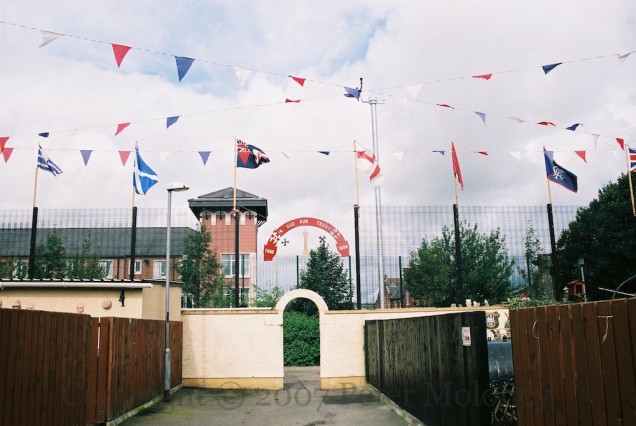 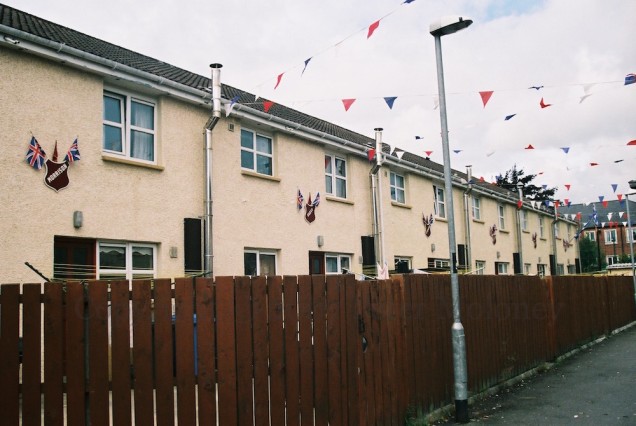 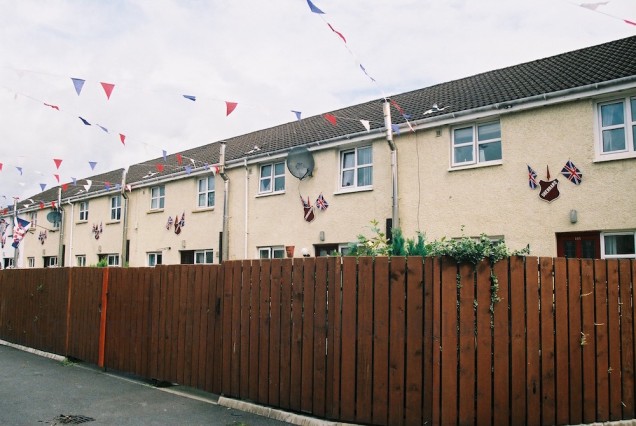 Residents of the upper Fountain decorate their houses with the names of the apprentice boys, with an arch over the gap in the inner “peace” line. Seen previously in 2002 and 2006. 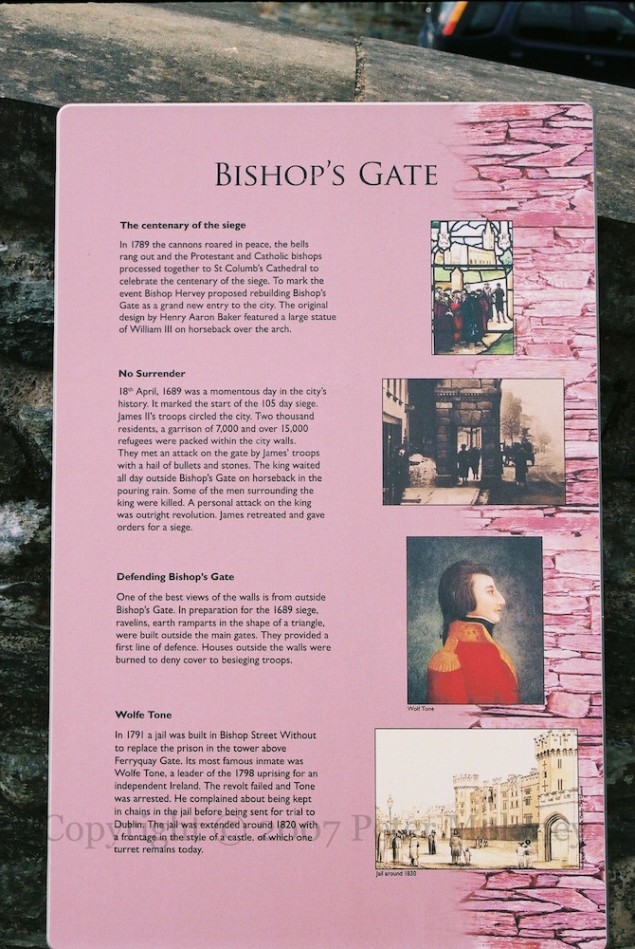 Tourist information board on the walls at Bishop’s Gate, outside which James II waited in the rain for the surrender of the city in 1689. 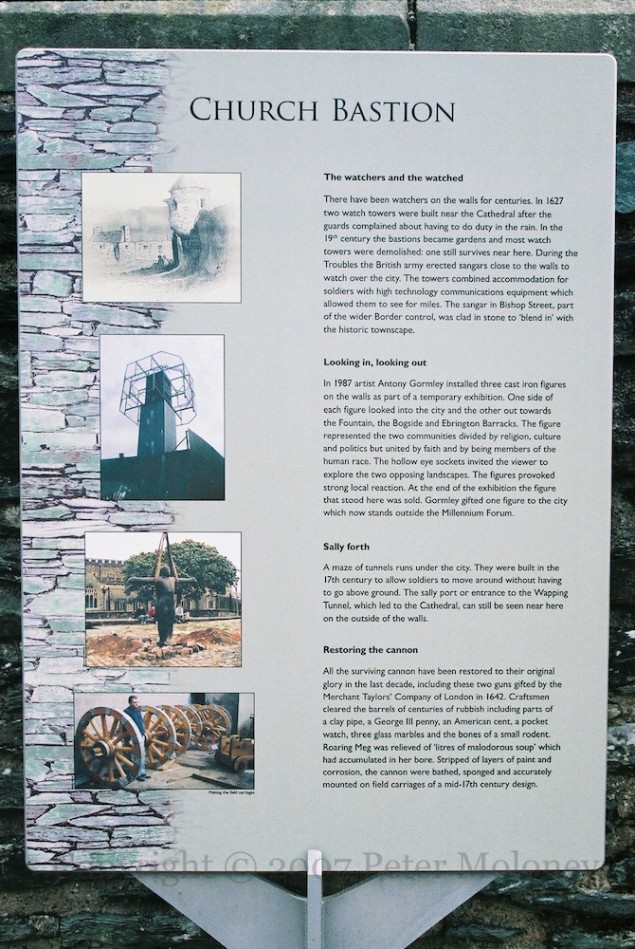 Tourist information board on the walls of Derry city, at the Church Bastion/St Columb’s.

One of the tourist information boards along with walls of Derry; this one describes the history of the area around the Presbyterian church and the Apprentice Boys Memorial Hall, including George Farquhar and his play The Beaux’ Stratagem. The platform in question is not a viewing platform for Orange parades but a gun platform in the walls of Derry. Magazine Street Upper, Londonderry. 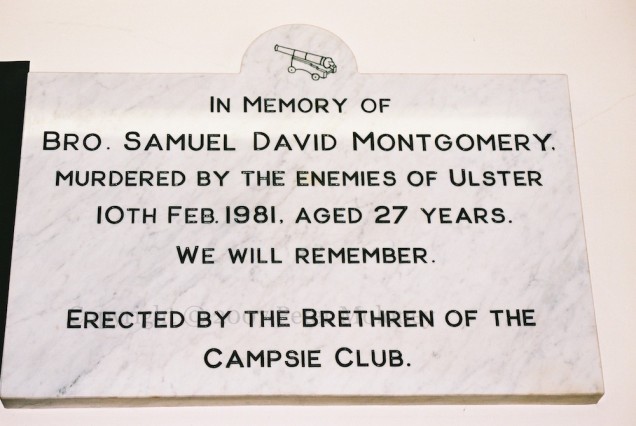 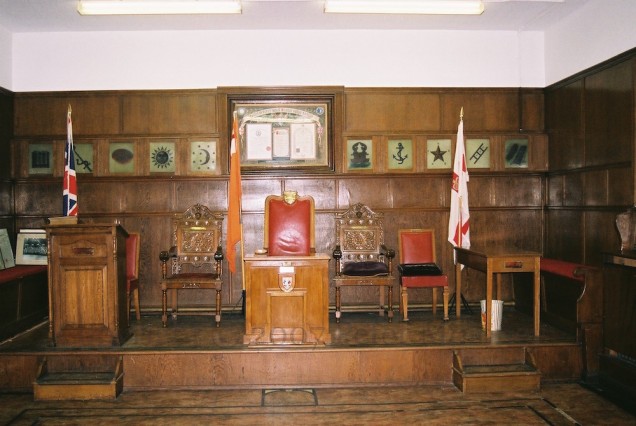 These images are from the Apprentice Boys Memorial Hall in Society Street, Londonderry. When not on display in the street during celebrations of the Siege, Lundy’s effigy is stored in a narrow room in the hall. Brother [Samuel] David Montgomery was a part-time members of the UDR; he was shot by the IRA in the timber yard where he worked on February 10th, 1981. 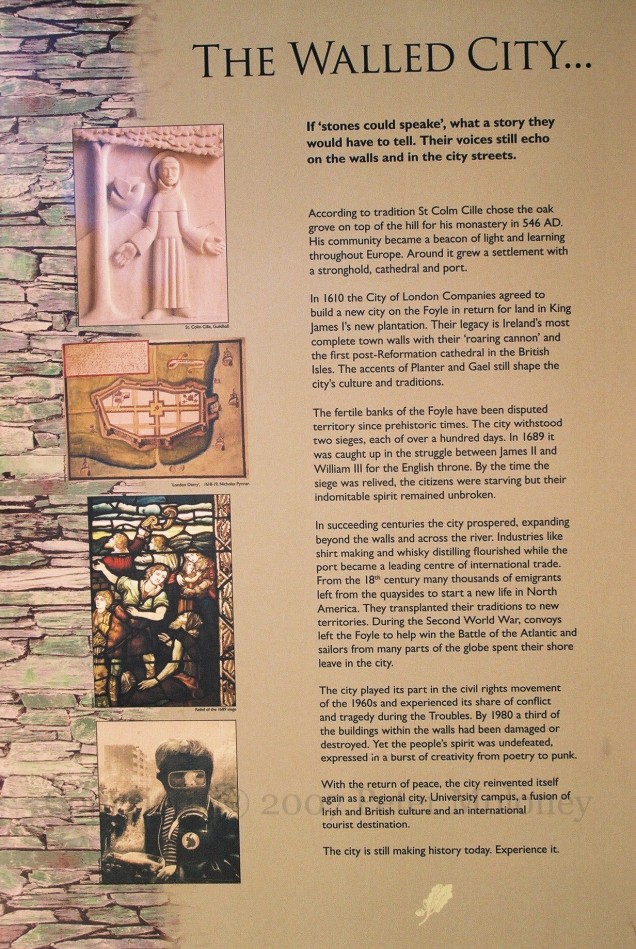 This is a tourist information board just outside the walls of the old city of Derry, on Bishop Street. “If stones could speake” comes from a 1633 engraved stone in St Columb’s (see X01990). 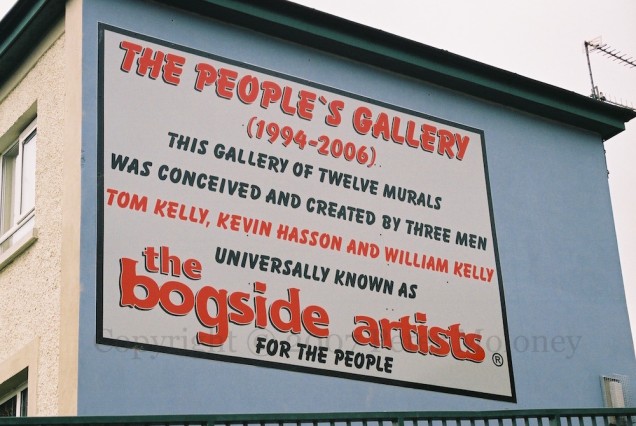 The People’s Gallery is a series of murals by the Bogside Artists along Rossville Street and Lecky Road in Derry. Although the sign says there are 12 murals, at the time there were in fact only 11 (as this page at the official web site says), though a twelfth would be added in 2008. For images of all 12 murals, see the Gallery’s Visual History Page. 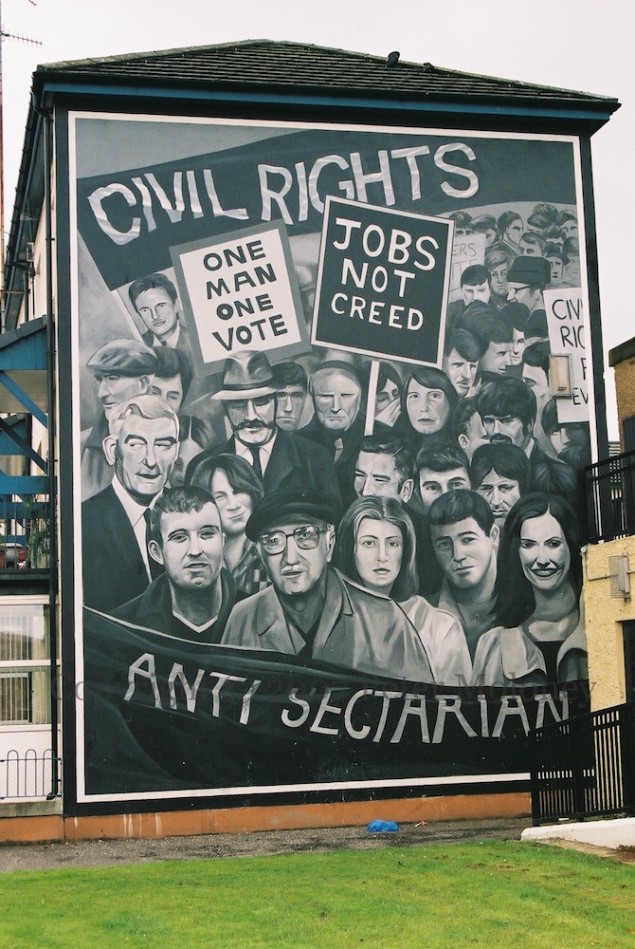 For a time in 2005 (and beyond?) the Civil Rights mural by the Bogside Artists was modified to support the Rossport 5 (see Power To The People). By the time of this image in 2007, and addition of the info board, the central “Jobs, not creed” placard had been restored in black.