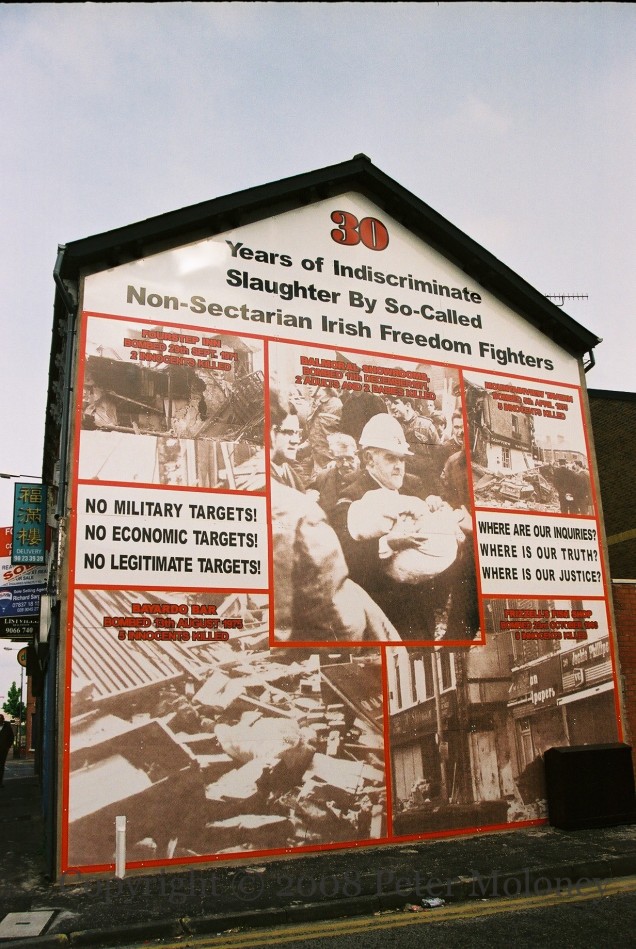 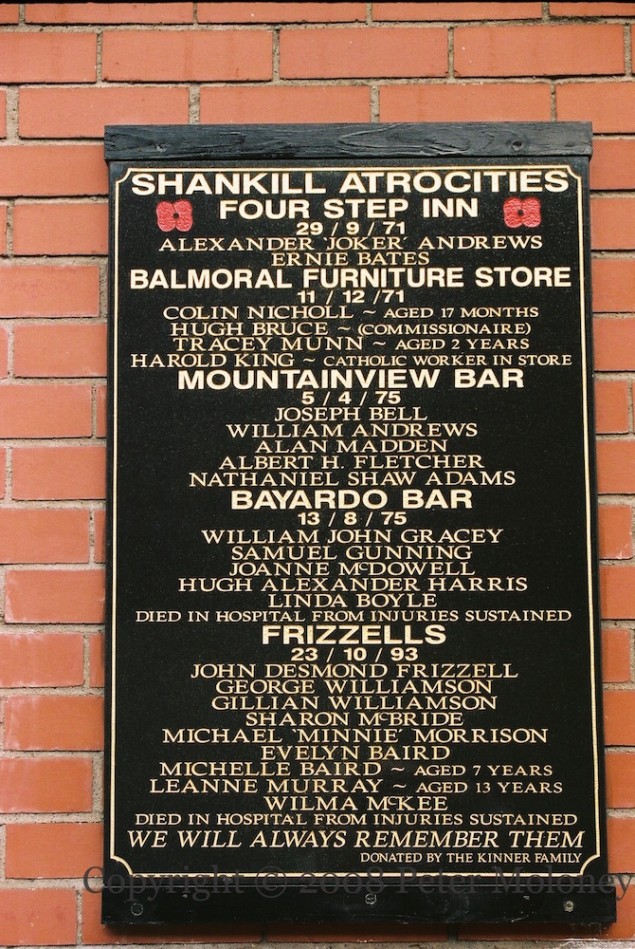 “30 years of indiscriminate slaughter by so-called non-sectarian Irish freedom fighters. No military targets! No economic targets! No legitimate targets! Where are our inquiries? Where is our truth? Where is our justice?” The bombings listed are: Fourstep Inn, bombed 29th Sept. 1971, 2 innocents killed; Bayardo Bar, bombed 13th August 1975, 5 innocents killed; Balmoral Showroom, bombed 11th December 1971, 2 adults and 2 babies killed; Mountainview Tavern, bombed 5th April 1975, 5 innocents killed; Frizzell’s Fish Shop, bombed 23rd October 1993, 9 innocents killed. The plaque to the right (“donated by the Kinner family”) gives the names of those killed. It was previously beside the painted version of this mural in Bellevue Street.