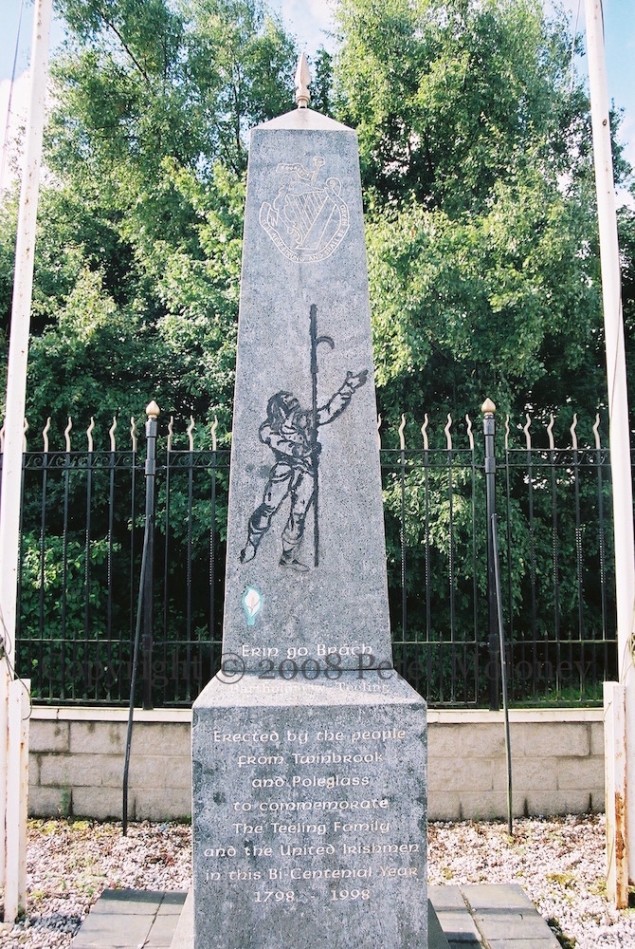 This monument is between Pantridge Road and Stewartstown Road on the Michael Ferguson Roundabout (Ferguson was a Protestant republican and MLA for West Belfast (An Phoblacht)). From top to bottom: the harp of the United Irishmen with the slogan “Equality. It is new strung and shall be heard”; a pikeman; an Easter lily; “Erin go brách.” and finally the dedication: “Erected by the people of Twinbrook and Poleglass to commemorate the Teeling family and the United Irishmen in this Bi-Centennial Year. 1798-1998.” Bartholomew Teeling is included in a Twinbrook mural alongside modern-day IRA volunteers (Twinbrook Final Salute); he was a United Irishman from Lisburn (Rebel Breeze has a full account of his deeds). Charles Teeling was a journalist and founder of the Northern Herald, among others (WP).