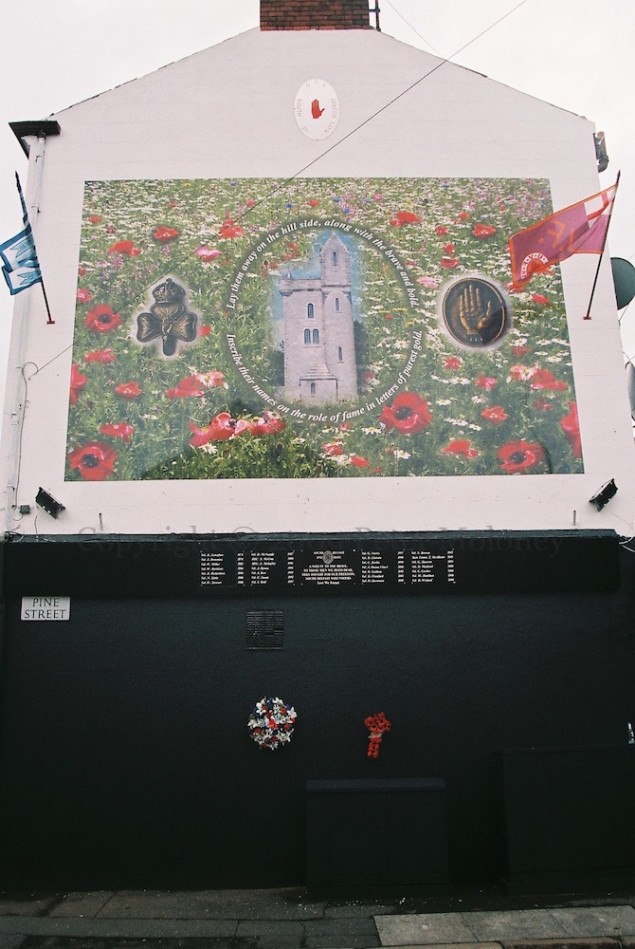 “Lay them away on the hill side/along with the brave and the bold/Inscribe their names on the role [sic] of fame/in letters of purest gold.” The Ulster Tower at Thiepval commemorates the WWI dead of the 36th (Ulster) Division. The words, however, come from a song about James Daly, who was executed by firing squad for taking part in a 1920 mutiny of the Connaught Rangers in India in protest of the activities of the Black and Tans. Above is the insignia of “UVF South Belfast 2nd battalion” and below is a roll of honour for the battalion: “A salute to the brave/to those men we hold dear/they fought for our freedom/south Belfast volunteers.” Compare this mural to the previous (Here Lies A Soldier), which does not include any reference to the Great War.

On the side of The Hideout, Pine Street.

One thought on “Lay Them Away On The Hill Side”