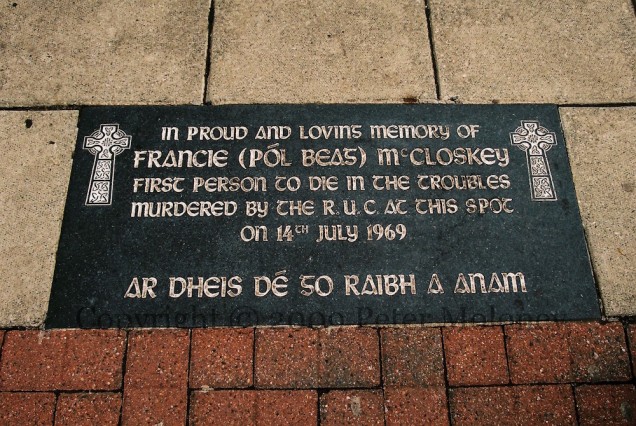 2009 was the fortieth anniversary of the beginning of the Troubles and of the “first person to be killed in the Troubles – murdered by the RUC at this spot [Main Street, Dungiven] on 14th July 1969”: Francie (Pól Beag) McCloskey. McCloskey was a 67 year-old farmer standing in a shop doorway on the 12th (BelTel) or 13th (An Phoblacht) when the RUC charged nationalist rioters attacking the Orange lodge. He would die of a brain hemorrhage on the 14th. “Ar dheis Dé go raibh a anam.”