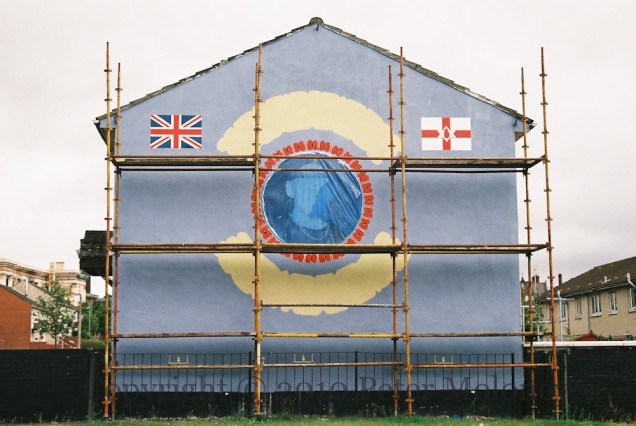 The mural to UDA assassin Stevie ‘Top Gun’ McKeag is again (or, still?) in progress. Compared to the 2009 version (itself incomplete) the poppies around the portrait have lost their leaves (perhaps due to a new background colour) and his dates of birth and death have been turned into a Union Flag and Ulster Banner. See also 2008 and 2007.