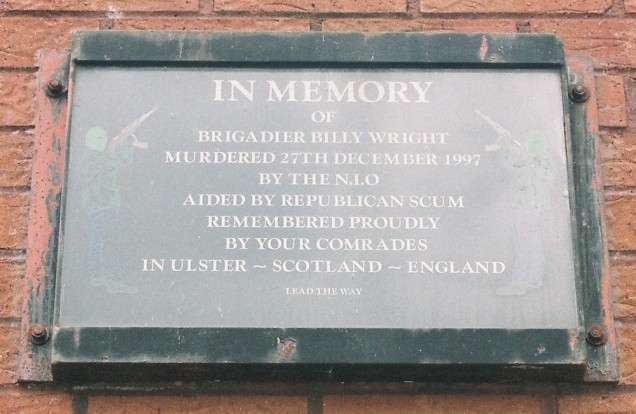 “In memory of [LVF] Brigadier Billy Wright murdered 27th December 1997 by the NIO aided by republican scum. Remembered proudly by your comrades in Ulster – Scotland – England. Lead the way.” Wright was killed in the Maze by three INLA inmates. 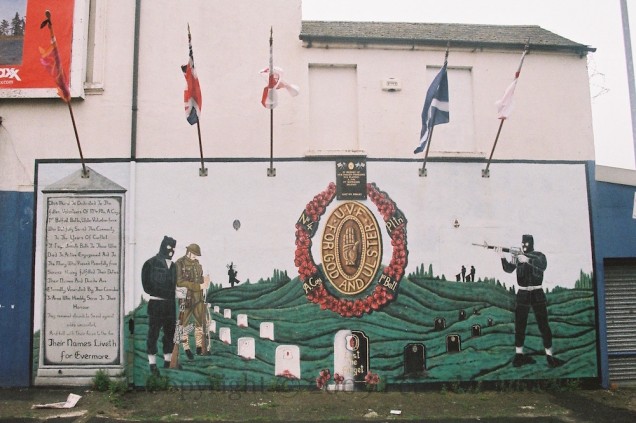 “This mural is dedicated to the fallen volunteers of No 4 Pltn A Coy 1st Belfast Battn, Ulster Volunteer Force who dutifully served this community in the years of the conflict. It pays tribute both to those who died on active engagement an to the many who passed peacefully from service having fulfilled their duties. Their names and deeds are eternally venerated by their comrades in arms who humbly serve in their honor. ‘They remained staunch to the end against odds uncounted/And fell with their faces to the foe/Their names liveth for evermore’.”

The plaque reads “In memory of our fallen comrades no. 4 platoon A coy. 1st battalion Belfast. Lest we forget.” 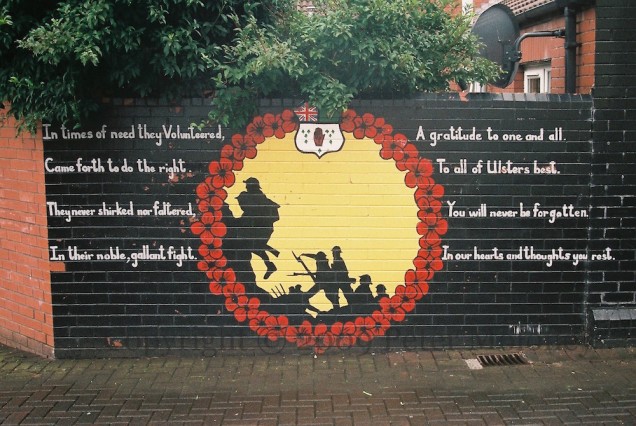 The Sons Of Ulster (Fb)/UVF mural in Conway Walk is repainted (compare with 2006). The main wall adds some new names on the far left (Metcalfe and Balmer); the side wall is converted to an image of the 36th (Ulster) Division going over the top.

“In times of need they Volunteered/Came forth to do the right/They never shirked nor faltered/In their noble, gallant fight.//A gratitude to one and all/To all of Ulster’s best/You will never be forgotten/In our hearts and thoughts you rest.”

Volunteer Andrew Cairns was killed by the UDA at the Boyne Square bonfire in 2000. Major Sinclair Johnston was shot dead by the British Army during a riot in St John’s Place in 1972. The mural commemorating them is in Wellington Green, Larne.

The outline of a CIRA gunman in Victoria Street, Lurgan. 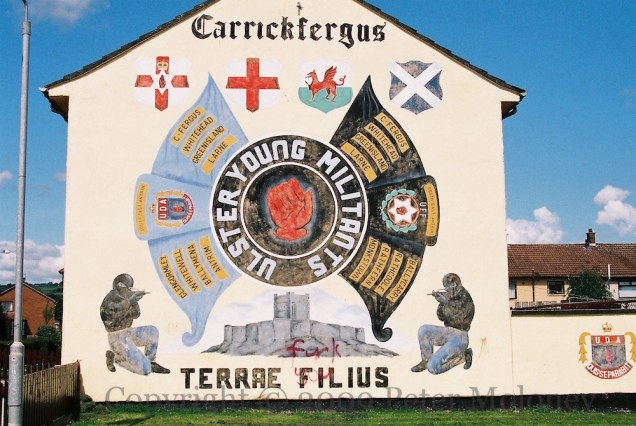 Armed and hooded UFA volunteers in jeans protect Carrickfergus castle, beneath the shields of the four nations of the UK. The UDA and UFF flags bear the names of the areas within South East Antrim. Vandalised (with “fuck you”) compared to 2008. The Birches, Carrickfergus. 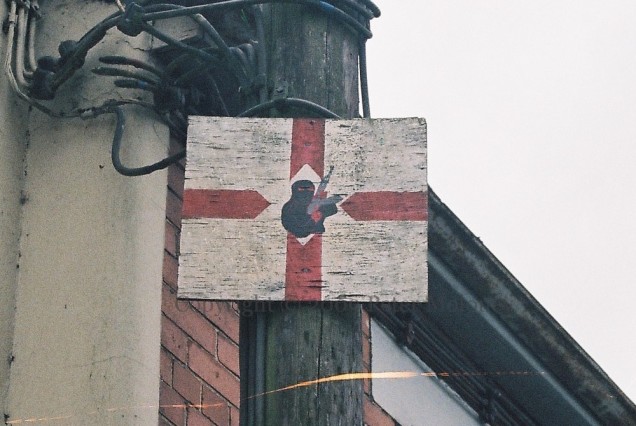 Hooded gunman against the background of an Ulster Banner in Fountain Street, Antrim.

UVF/YCV/RHC board on Donegore Drive, Antrim, with the central emblem in barbed wire and two hooded figures with assault rifles. 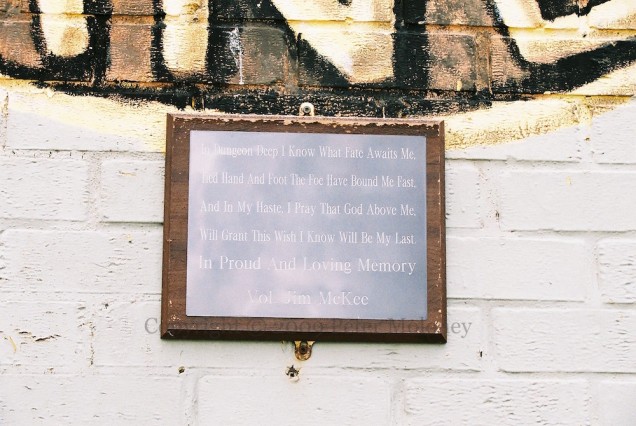 UVF Hooded gunmen from the 1st East Antrim battalion. “In dungeon deep I know what fate awaits me/Tied hand and food the foe have bound me fast/And in my haste I pray that God above me/Will grant this wish I know will be my last.” (From Here Lies A Soldier) “In proud and loving memory Vol. Jim McKee.”