This is a repaint of the British Ulster Alliance mural (first seen in 2006) in Fountain Street, Londonderry.

Armed and hooded UFA volunteers in jeans protect Carrickfergus castle, beneath the shields of the four nations of the UK. The UDA and UFF flags bear the names of the areas within South East Antrim. Vandalised (with “fuck you”) compared to 2008. The Birches, Carrickfergus.

The phrase “They rose in dark and evil days to free our native land” comes from the song ‘The Memory Of The Dead‘, about the 1798 Rebellion, rather than the creation of the UDA in 1971. 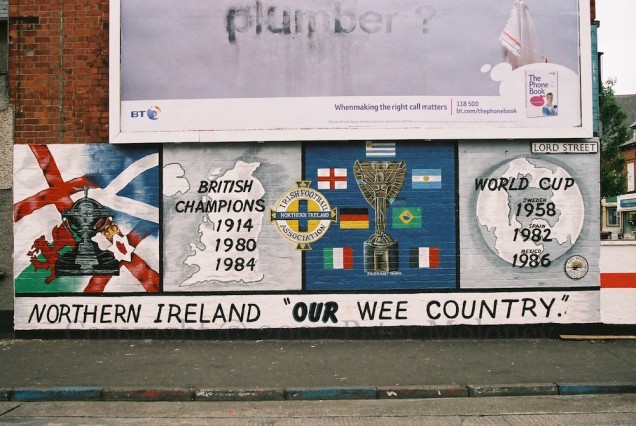 This Lord Street mural celebrates the accomplishments of the Northern Ireland soccer team: British champions in 1914, 1980, and 1984 – the last year the “Home Championship” was held and so the trophy (at left) is held by the IFA; World Cup qualifiers in 1958 (Sweden), 1982 (Spain), and 1986 (Mexico). The original trophy, by Jules Rimet, is shown in the third panel; it was kept by Brazil when it won for a third time in 1970. With sponsorship by the East Belfast Historical And Cultural Society. Replaces J2706 “Magnifico Viva Norn Iron”. The image of the Ulster Banner is from 2009; there is “IRA” graffiti in the top left. 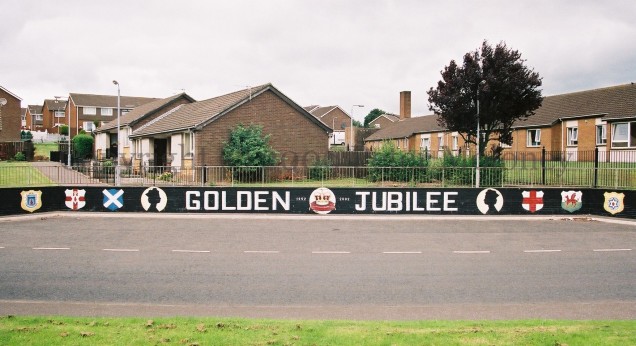 Elizabeth Alexandra Mary Windsor acceded to the throne of the United Kingdom in 1952 (she was crowned in 1953). 2002 was her golden jubilee year. See also Long To Reign Over Us and HM Queen Elizabeth II (which also has UDA sponsorship) and Long May She Reign. Cashel Drive, Monkstown. 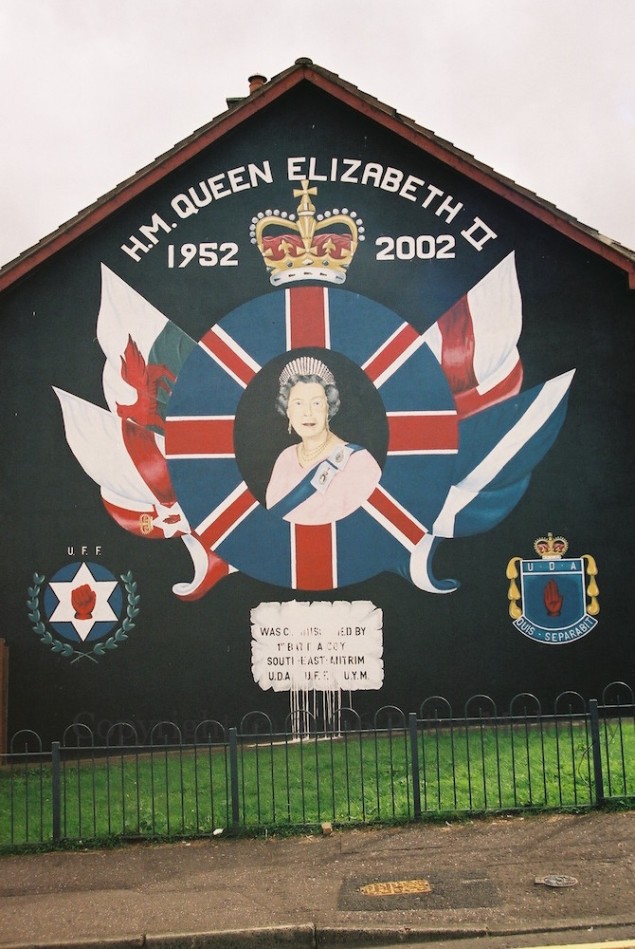 “HM Queen Elizabeth II 1952-2012”. Elizabeth Alexandra Mary Windsor acceded to the throne of the United Kingdom in 1952 (she was crowned in 1953). 2002 was her golden jubilee year. See also Long To Reign Over Us. The ‘sponsorship’ box reads “This mural was commissioned by 1st batt A coy South East Antrim UDA UFF UYM.” It would later be completely whited out and later painted over in black. It is undamaged in J1444. Owenreagh Dr, Rathcoole. 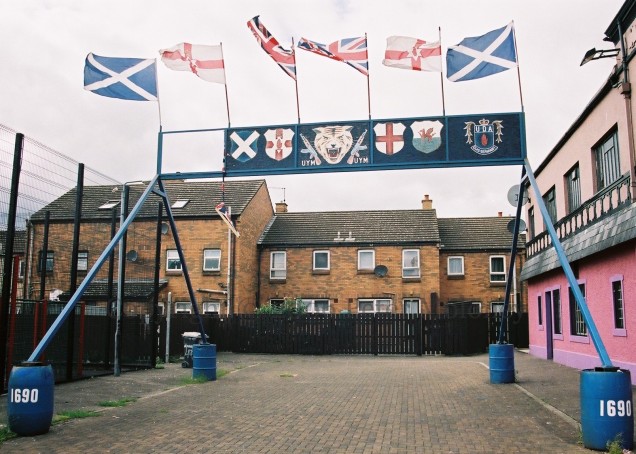 The Mount Inn arch includes crests of the four nations and of the UDA, and the Tigers Bay tiger. 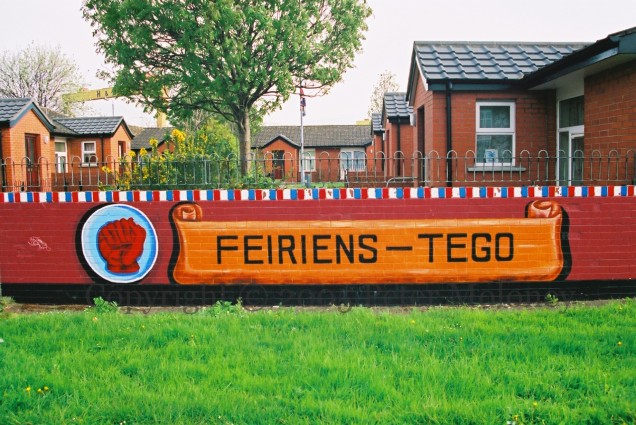 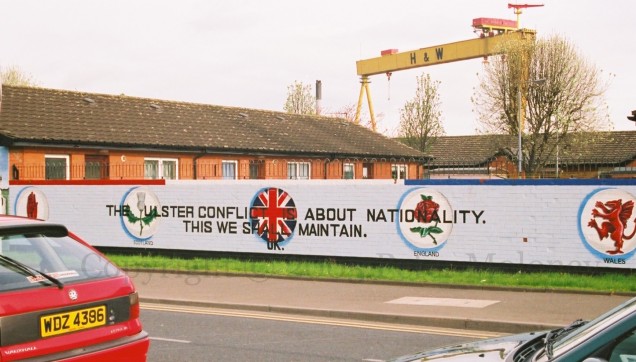 This is a complete set of images of the UDA’s “Freedom Corner” along Newtownards Road, Belfast. The use of Cuchulainn as a loyalist icon (the mural is in its second incarnation – for the first, see Defender Of Ulster From Irish Attacks) rests on the theory that the people of mythical Ulster are different from those in the rest of Ireland and are related to ancient Scots: Dalaradia was “was a kingdom of the Cruthin in the north-east of Ireland and parts of Scotland in the first millennium.” The “Ulster Nation” flag/shield (which also appears in the final image) is a St Patrick’s cross on a blue background with six-pointed star and red hand, the flag of the Ulster (Northern Ireland) independence movement.