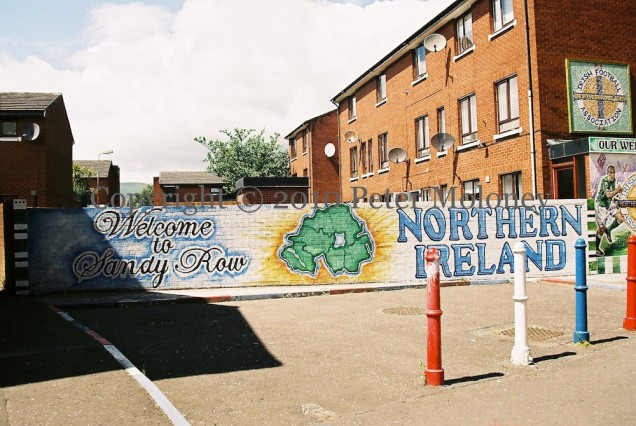 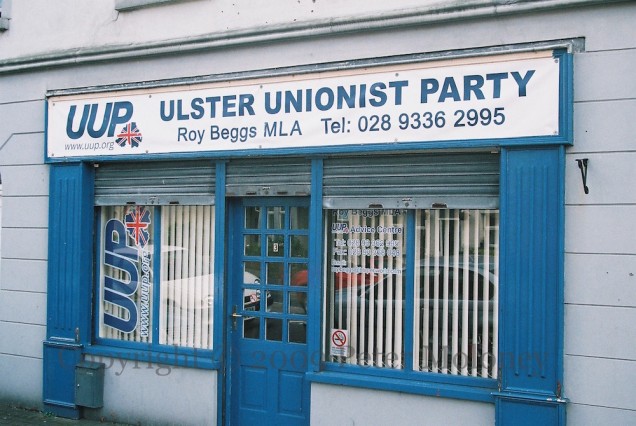 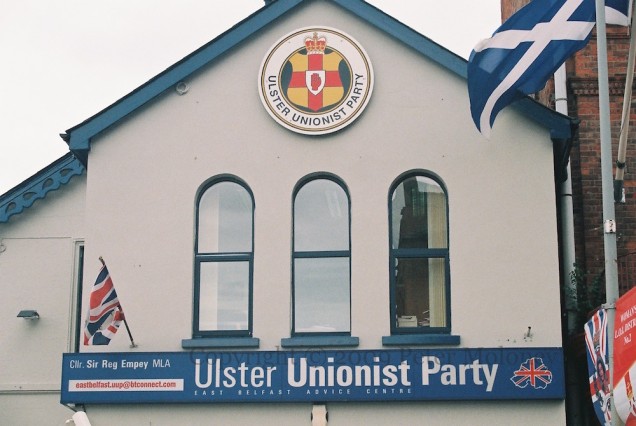 Ulster Unionist Party East Belfast Advice Centre, in 2009 the offices of Sir Reg Empey, MLA. The shield/emblem in the top is perhaps unique (and probably a mistake): provincial (rather than six-county) Ulster with a crown on top. Albertbridge Road, Belfast. 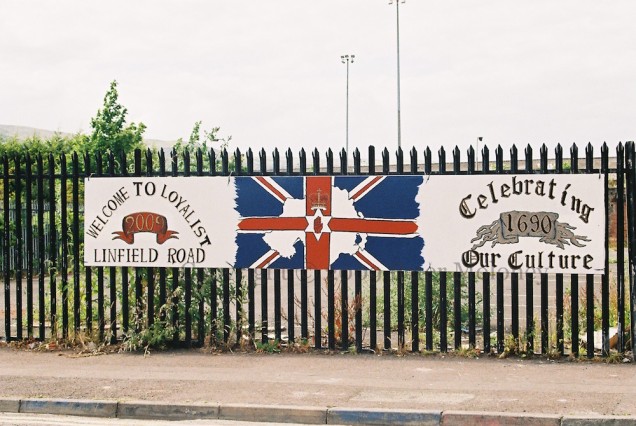 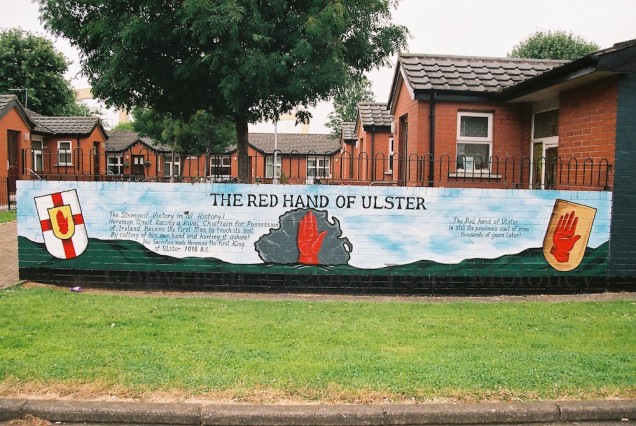 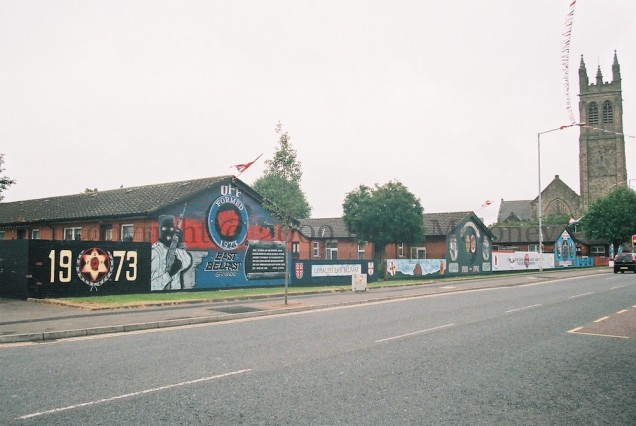 Here is a set of 2009 images of the left half of “Freedom Corner” on Newtownards Road.

Compared to the 2005 images:
the background of the UFF mural has been repainted;
“Loyalist East Belfast” replaces the letters “UFF”;
the Red Hand Of Ulster replaces “Feriens Tego” (From Ripley’s Believe It Or Not, 1953: “The strangest victory in all history: Heremon [Érimón] O’Neill racing a rival chieftain for possession of Ireland became the first man to touch its soil by cutting off his own hand and hurling it ashore! His sacrifice made Heremon the first king of Ulster, 1015 B.C. The red hand of Ulster is still the provinces coat of arms thousands of years later.” Most people believe it not.) Notice that outline is of the six-county Northern Ireland rather than of the historical Ulster;
and the “Ulsters Past Defenders” mural has been completely repainted with the emblems of the UDR and B-Specials at the centre (“This is dedicated to those who served in our conflict – we forget not”, “Formed in 1970, the Ulster Defence Reg. was an infrantry [sic] regiment of the British army intended to carry out security duties in NI. It was later disbanded in 1992. A total of 197 members were killed through the troubles”, “Formed in 1920, the Ulster Special Constabulary had been set up taking action against the IRA. It was divided into three categories A, B, and C specials. Later in 1970 they were disbanded. Then the UDR replaced them.”) 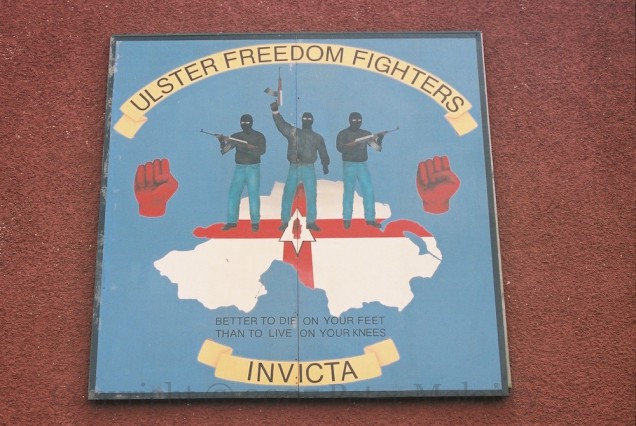 “Better to die on your feet than to live on your knees.” – the words of Mexican revolutionary Emiliano Zapata used in an “undefeated” UDA/UFF board in Carnany Park, with hooded gunmen standing on an independent Northern Ireland-shaped Ulster Banner.

This board in Larne Road, Ballymena lacks paramilitary designation, but is presumably associated with the UDA, as the floating Northern Ireland is a symbol of the UDA’s “Ulster nationalism”. 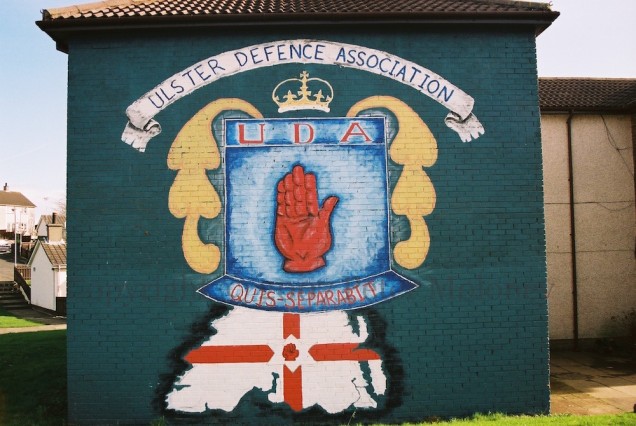 The UDA emblem sits on top of a Northern Ireland separated from the Republic. Quis separabit! Drumadoon Drive, Ballybeen.