“West Against Racism Network. Oppose racism. ‘Racism is any idea claiming racial or ethnic groups are superior or inferior and that some should dominate others. Racism includes racist ideologies, prejudiced attitudes, discriminatory laws an practices resulting in inequality as well as anti-social beliefs and acts.’ – Adapted from UN Declaration on Race And Racial Prejudice.” “London 1960+ ‘No blacks, no dogs, no Irish’. ‘Belfast 2010 ‘Fáilte roimh gach duine.'”

“Join Amnesty and take action for human rights worldwide.” Amnesty painted two murals on Northumberland Street, Belfast, one on each side of the security gates. This is the lower, CNR, one, showing the global poverty caused by natural resources extraction by large corporations (Amnesty).

Banksy’s ‘Sweep It Under The Carpet‘ is used to highlight mental health and suicide awareness. “Suicide kills two – you and those who love you”, “Never underestimate your problem or your ability to deal with it”, “A true friend never gets in your way unless you happen to be going down”, “You may only be someone in the world but to someone you are the world.” 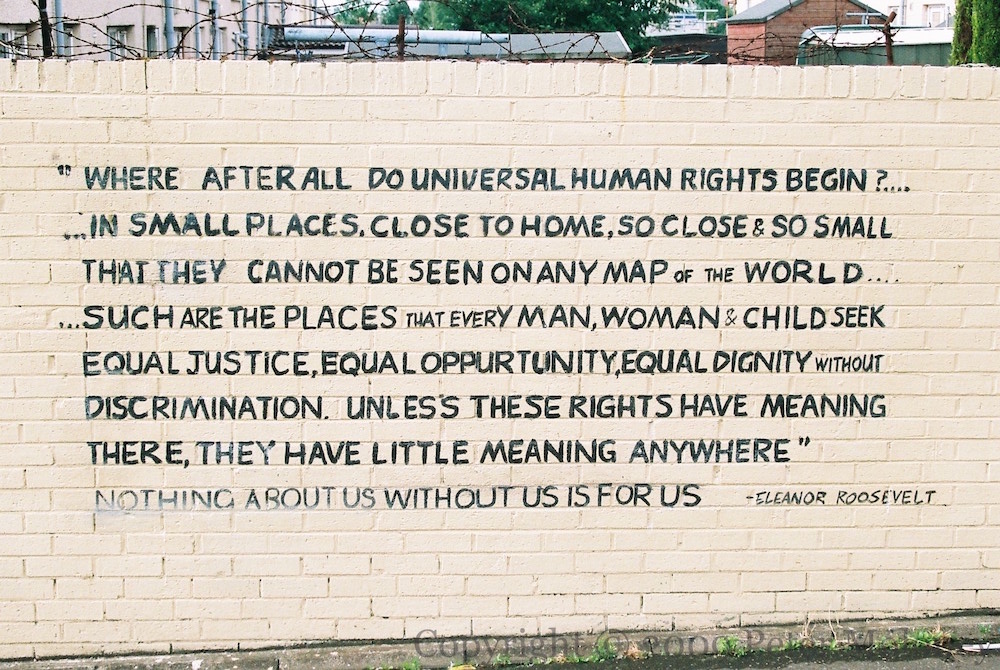 “Where after all do universal human rights begin? In small places, close to home, so close & so small that they cannot be seen on any map of the world. Such are the places that every man, woman & child seek equal justice, equal opportunity, equal dignity without discrimination. Unless these rights have meaning there, they have little meaning anywhere.” – Eleanor Roosevelt. “Nothing about us without us is for us.” Artist Ed Reynolds (steadyhanded.com) replaces the ‘Protestant Ethnic Cleansing‘ mural with one about human rights. With the Lower Shankill Community Association. 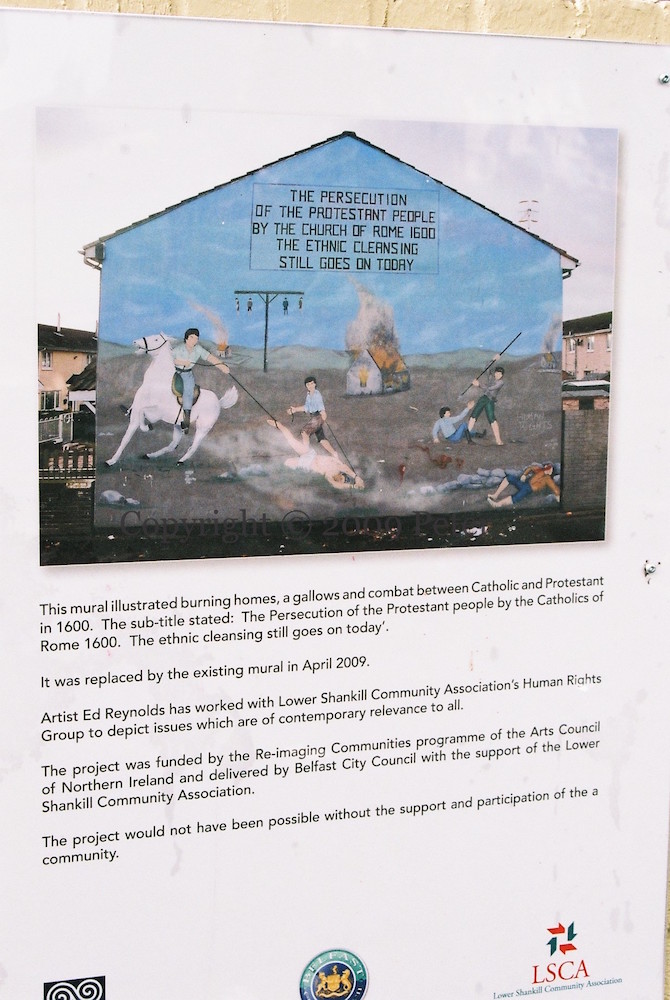 A black and a white hand grasp the planet Earth. By Nozzle & Brush in Oakman Street, Belfast.