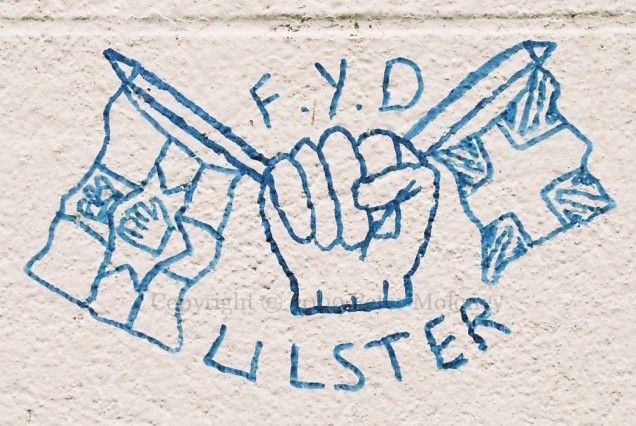 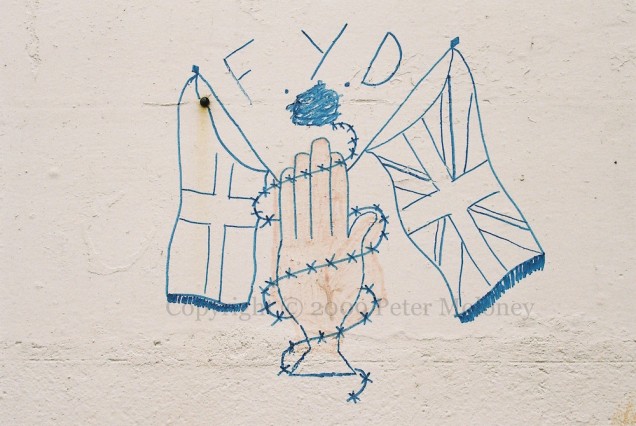 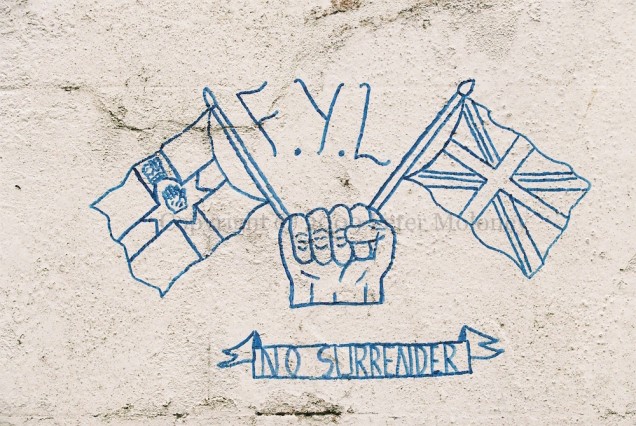 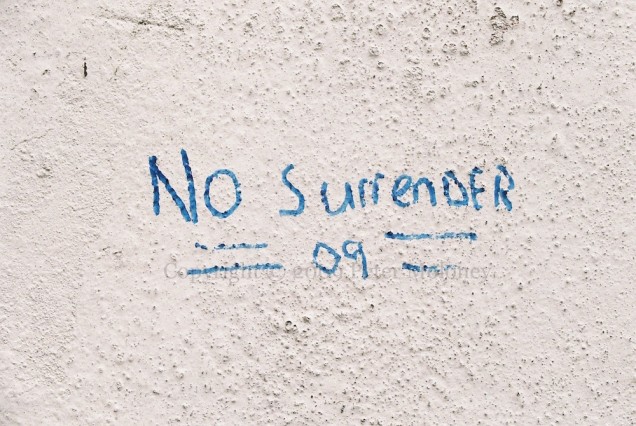 Neither the Fountain Young Defenders or the Young Loyalists seem to have existed as an organisation, just as an idea in the mind of an artists on the walls of Wapping Lane. “No surrender 09”, “UDA Fountain Wombles“. 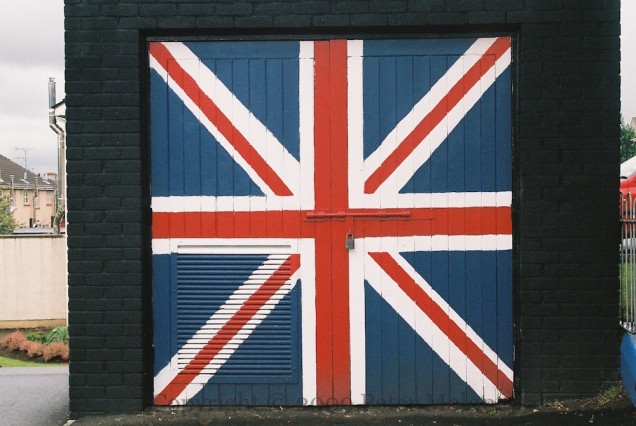 From the electricity substation below the Jackson mural to the red hand of the West Bank Loyalist Youth, past Cathedral Youth Club and the Roosevelt mural being prepared for Streets Of Yesteryear and into Wapping Lane.

“Longtower Youth Club – 66 years serving the community”. An oak leaf (for Derry) combined with a dove (for peace) next to three panels (not shown) of “Brandywell Sporting Heroes”. St Columba’s Walk, Derry.

“Lurgan Workhouse 1841-1929. The workhouse was opened to serve the poor of Lurgan in 1841. In the mid-1840’s, during the famine, there were 403 inmates. This mural is dedicated to all the men, women and children who lived worked and died here during very harsh times. In 1929 it became Lurgan And Portadown District Hospital. Since 1972  it has been known as Lurgan Hospital.” The mural is across the street from the hospital. Russell Drive/Tandragee Road, Lurgan. 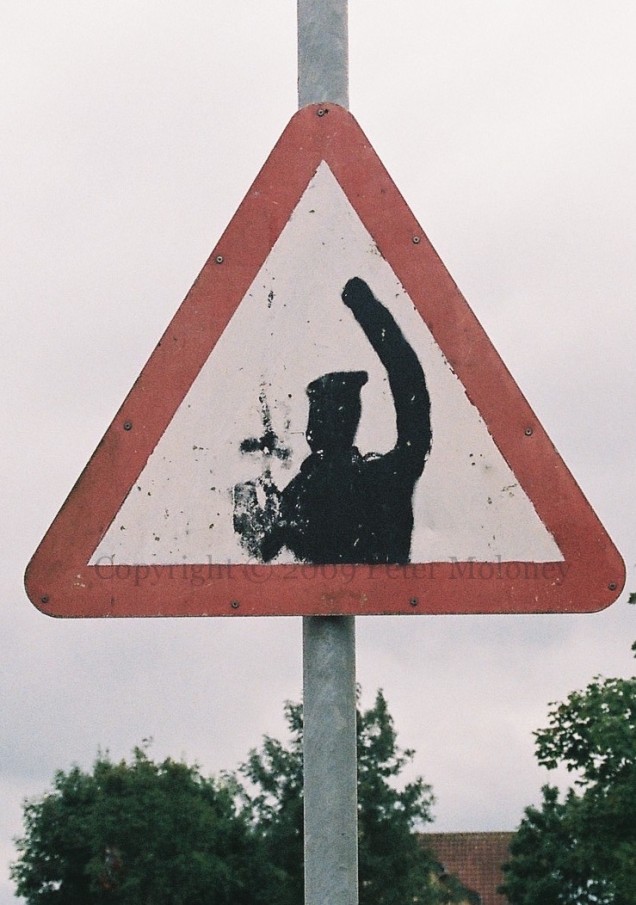 A vintage ‘sniper at work’ on a co-opted road-sign in Taghnevan Drive, Lurgan. 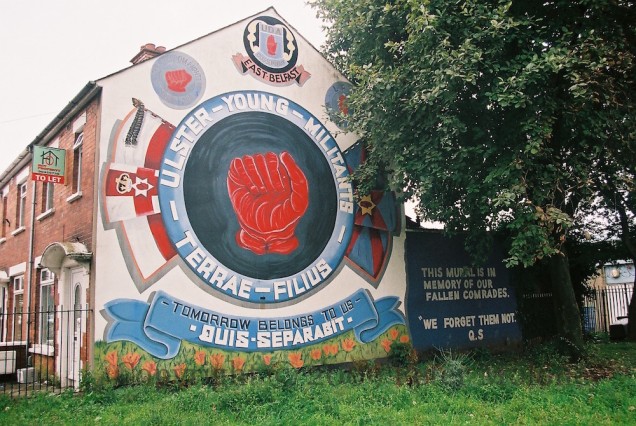 The side wall, which specifically named JJ Gray and Rab Brown (see the previous (2005) version) is repainted in favour of a generic memorial: “This mural is in memory of our fallen comrades. We forget them not. Q[uis] S[eparabit]”. 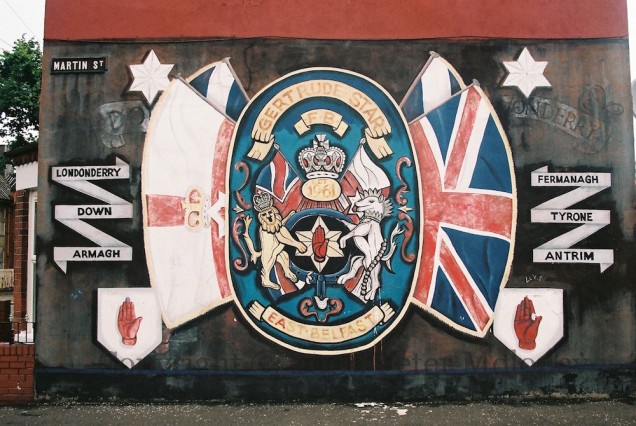 “Getrude Star Flute Band, established 1961” with the names of the six counties. Seen previously in 2005.

“REM 1690” and the battle of the Boyne. Blood drips from the red hand of Ulster (next to the Templemore Primary mural) with flags and bunting flying in the street. 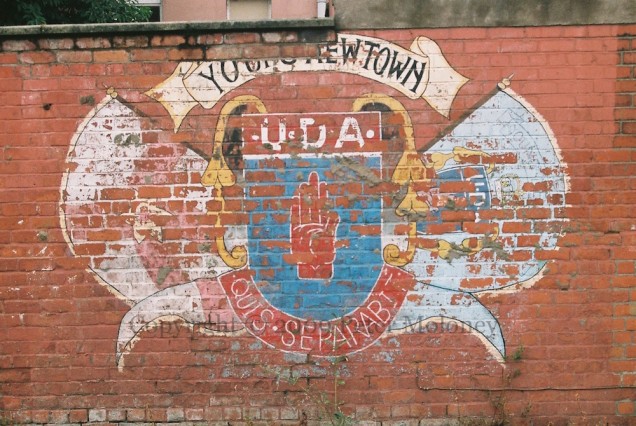 In CS Lewis’s The Lion, The Witch, And The Wardrobe, the death of the lion Aslan ends an ice age in the kingdom of Narnia. Lewis grew up in Strandtown, east Belfast.

Painted by De Craig. Replaces the ‘over the top’ mural in Pansy Street.