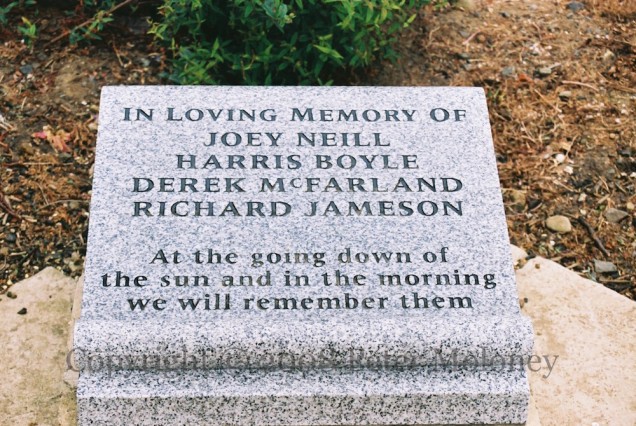 This memorial garden is in Glandore Terrace, Portadown. Joey Neill of the UVF was killed by a premature bomb explosion. Harris Boyle was one of the two UDR/UVF men killed while planting a bomb on the van of the Miami Showband. Derek McFarland died in prison. Richard Jameson was a UVF volunteer killed in the feud with the LVF. LVF leader Billy Wright was killed by the INLA inside the Maze. Mark Fulton, also of the LVF, was found hanged in his Maghaberry cell.